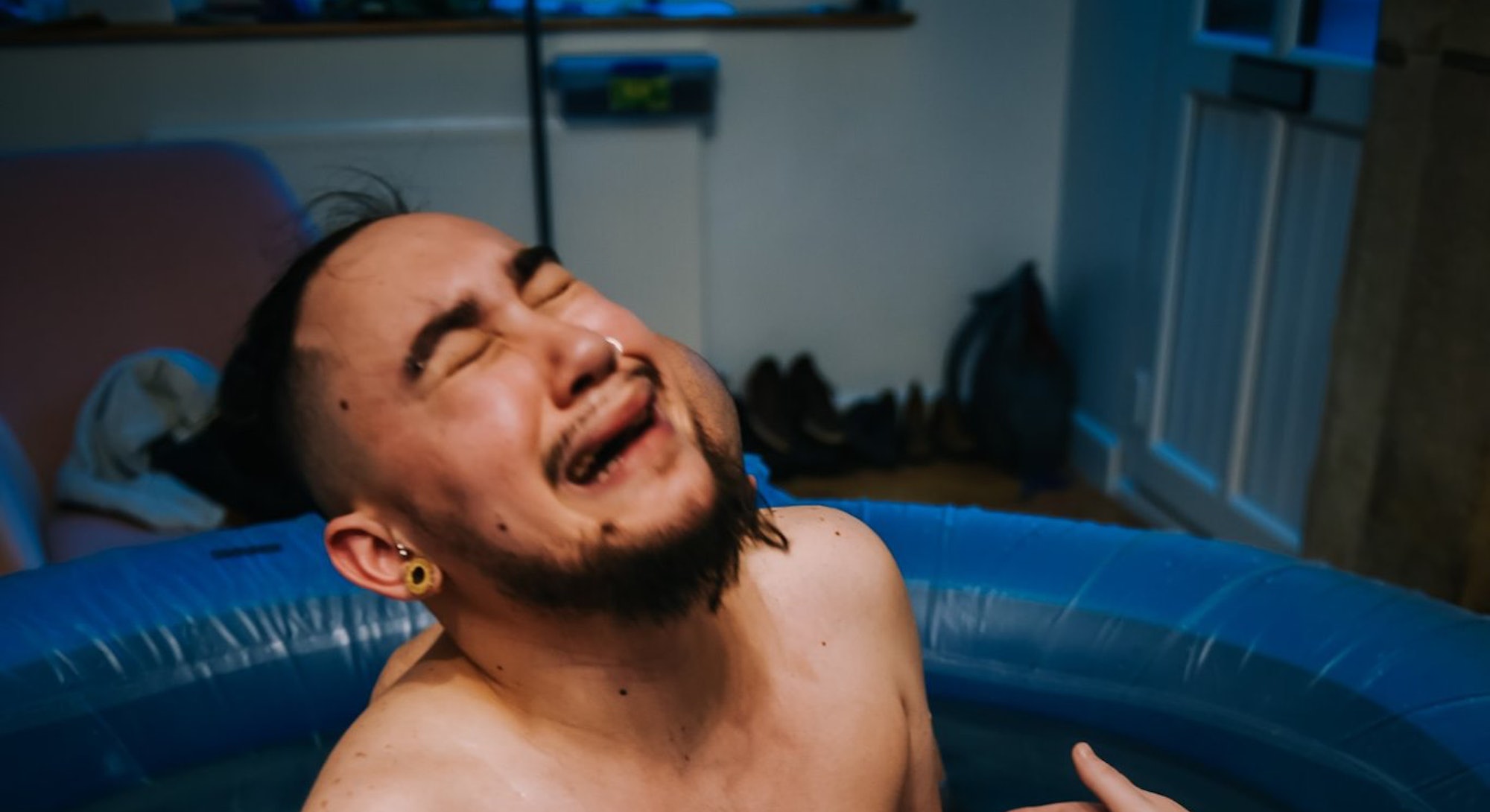 Halfway through his fourth pregnancy, Yuval Topper-Erez decided to treat himself to something he'd always loved: birth photography. But while he initially planned to keep the images strictly between himself and his family, the England-based transgender dad has made his stunning home birth photos public and they're already making an impact.

"I love when inspirational people share their births with the world and hoped that I could be that person for others," Topper-Erez tells Romper. "Specifically, other trans people who have often been told that they could not be parents. I also was hoping my photos would start conversations among birth workers about the variety of birthing people and bodies."

Taken by photographer Tara Leach in the early morning hours on May 8, 2019, the photos capture the arrival of Tig, Topper-Erez's third child, and the intensity and raw emotion that is universal to the birth experience. The pain of labor, the sharp focus of a supportive birthing partner, the fleeting moments of rest between contractions, and the joy of two parents cradling their newborn for the first time.

Topper-Erez hopes people who see his photos take away an understanding that all births are worth celebrating. "Birth, no matter who is birthing and how, is beautiful and sacred," he says. "All birthing people and their choices deserve to be respected."

Although Topper-Erez initially thought the photos would be a keepsake he and his partner kept to themselves, seeing the images changed his mind. "I suddenly got the sense that they need to be out there, as they represent so well two causes very close to my heart: normalization of home birth and normalization of trans and nonbinary people giving birth," he wrote when sharing the photos in a public Facebook post this May, roughly one year after they were taken.

"I hope, among other things, that this album will inspire birth workers and future seahorse dads (AKA gestational fathers)," he said. "I know how meaningful images like this could have been for me before my first pregnancy and how meaningful it is for me to see images of fellow birthing trans and nonbinary people to this day."

Since he made them public, Topper-Erez's birth photos have gone viral, garnering hundreds of thousands of shares and likes across Facebook and Instagram. "I got questions and comments from all around the world," Topper-Erez tells Romper.

Leach says it quickly became clear that Topper-Erez's home birth photos would make a lasting impact. "There were people responding to it from all different backgrounds, all different walks of life," she says. "The positivity far outweighed the few negative comments."

Topper-Erez's goal was to empower and inspire other gestational fathers — and it appears as if he's accomplished that.

"This is genuinely one of the most important and beautiful things I've seen," one commentator wrote on Facebook. "I'm so terrified and curious about being a birth giver as a trans person and this representation feels so important for me."