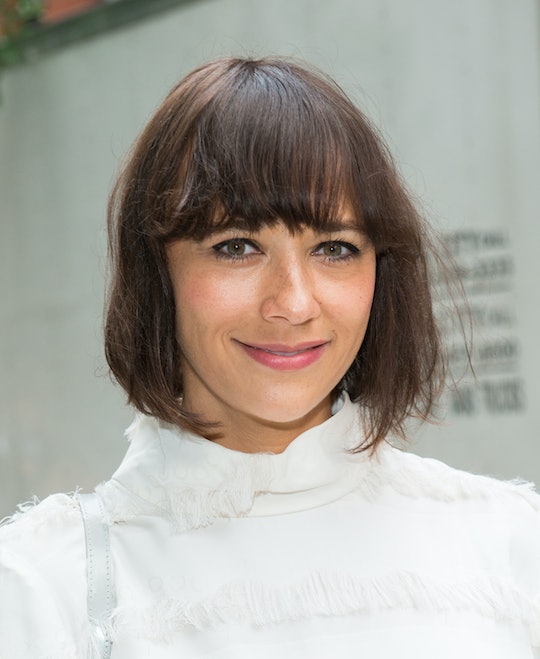 This Tweet Said What So Many Women Are Thinking

Election night in the United States is always a nail biter of an evening, and perhaps never more so than this one, in which Donald Trump is facing off against Hillary Clinton. While most pundits predicted that it would be a landslide win for Clinton, it's tighter than expected. This tweet said what so many women are thinking, proving that Rashida Jones speaks for all of us.

As the election results began coming in, showing extremely tight races and potential Trump wins in important battleground states including Florida, Ohio, and Michigan, women the world over began to groan. These states are crucial for Trump because, without them, there is no way that he can win the presidency. But the more of them that he gains, the closer he comes to that office. This is kind of (seriously) terrible news for women.

In case you forgot, Trump has regularly mocked women for their looks and their weight, going so far as to call them names such as "pigs" and "dogs" and famously saying Megyn Kelly had "blood coming out of her wherever." In a presidential debate he claimed that late term abortions involved infants being ripped from their mother's wombs proving that he has no idea how abortions, female bodies, or science generally works. Trump is terrible for women, and Jones speaks the truth.

With Trump's comments and general ickiness having been so well-covered by the media, with regular roundups of all the offensive and quite simply ignorant things he's said in the past, it's truly difficult to believe that he ever made it this far to begin with, and furthermore that he's actually got a fighting chance of winning the whole election.

Nate Silver predicted that Clinton had an over 70 percent chance of winning the election on his FiveThirtyEight blog, but that is no longer looking quite as solid as it once did, and everyone is surprised. You may remember Nate Silver as the blogger who successfully predicted every state Obama won in 2012. Before the election began, nobody believed that Trump had a real path to winning, but after he began pulling ahead in left-leaning states, the world in general got scared.

Emmy Rossum's response is also pretty noteworthy, saying simply "Racists and sexists" to Jones' panicky question "How did we get here?" Seeing as Trump's campaign was run almost entirely on a platform of xenophobia and misogyny, it's really hard to argue with her logic.