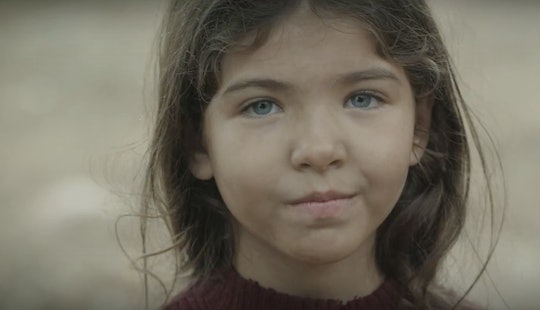 Here's Just How Important A Child's Play Is

Around the world at the moment, one in four children live in areas that have been affected by human conflict, natural disasters, or epidemics — events that often uproot them from their stable homes and launch them into lives plagued by poor hygiene, limited access to education, and uncertainty. When kids' lives are thrown into chaos by conflict, it becomes vital for them to have some semblance of normalcy in their lives, which is why kids around the world need safe spaces to play. For the past few years, UNICEF has been working hard to bring those safe spaces to kids in unstable areas through their Child Friendly Spaces program — and the initiative is now set to get a large boost from Garnier USA.

Garnier USA, in partnership with their counterparts in France and the U.K., recently decided to back UNICEF's Child Friendly Spaces with a financial commitment to donate $1.3 million per year for the next three years. UNICEF's safe space initiative works to give kids in emergency situations access to safe water, hygiene, nutrition, and protection, which aims to reduce the number of children who die due to poor sanitation. Currently, nearly 1,000 children die every day due to poor hygiene — deaths that could be prevented by simple access to clean water and soap.

After meeting those basic needs, UNICEF then works to establish play-based and educational activities for kids, using a psychosocial approach to help them regain a sense of normalcy, despite their turbulent surroundings.

Safe spaces for children allow kids caught up in conflicts to relax into the safety of a routine, putting aside basic survival for simple enjoyment. In places like Yemen, where a cholera outbreak and civil war has left families reeling, and Syria, where millions have been displaced, UNICEF provides kids with the chance to simply be kids again, while also setting life-saving sanitation and nutrition programs in affected areas.

"In any emergency, children are always the most vulnerable group. They face the highest risk of violence, exploitation, disease and neglect," Caryl M. Stern, President and CEO of UNICEF USA, said in a statement. "We have a duty to effectively and quickly respond to their needs, therefore giving them the best possible chance of surviving and helping them lead the lives we wish for our own children."

According to the American Psychological Association, it's important to help children establish routines after trauma, and building friendships, returning to school, and having space to play all factor into giving kids a sense of normalcy. By helping fund UNICEF's safe spaces, Garnier could help an additional 300,000 children in emergency situations a chance at getting back to their childhood with School-in-a-Box kits (which supply teachers with three months' worth of teaching material and supplies for up to 40 students), educational games, supplies for indoor and outdoor recreation, and essential hygiene kits.

For kids living in dangerous zones, it might be a while before life goes back to normal. But UNICEF's Child Friendly Spaces allow them to go on being children regardless of the external forces in their lives, and that's a cause we can all get behind. To help UNICEF create safe spaces for kids, consider donating online or supporting companies (like Garnier) that donate a portion of their profits to the cause.