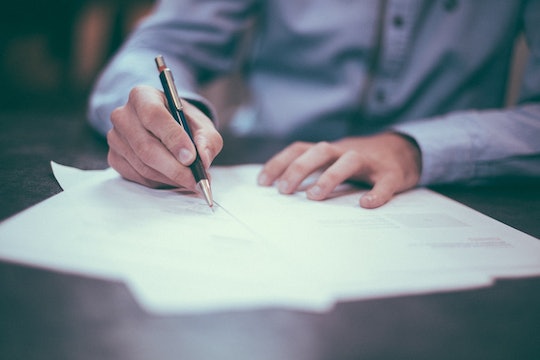 I didn't get it right either. I took out my pencil and paper and set up the equation and really tried to get it right. And I still got it wrong. This viral math problem for 7-year-olds is driving parents like me bonkers across social media. How can we expect our little kids to solve problems we can't do ourselves?

The problem was first posted by Louise Bloxam, who lives in the U.K. with the caption, "Standardized testing is out of control," according to Shared. It's nice to know the attitude so many American parents feel toward trying to keep up with new testing standards is shared among our British friends.

There are plenty of good reasons to hate on standardized testing, and what's known in the U.S. as "Common Core" federal testing standards. They make homework even harder for kids and their tired parents. But I also can't help but think maybe I should have a different attitude and set a better example for my own kid.

There are some people on a train.

19 people get off the train at the first stop.

17 people get on the train.

Now there are 63 people on the train.

How many people were on the train to begin with?

That's the answer: 65, according to Shared.

Then I felt dumber than a second grader and remembered how much I have always loathed homework.

But if I want my kid to be excited about learning, I have to suck it up and do the same. Even if the homework is tough, it's important to resist the urge to blame the system, the school, the test, or the teacher for the challenge and instead wrap my arms around it. At least that's what I'm going to tell myself. Even when it's awful and there are literally 20 other things that need to be done before bedtime.

A 2013 survey from Education Week found half of parents have a tough time helping kids with homework. So there are plenty of other parents out there just like me.

Luckily there are resources to help. The non-profit Kahn Academy offers free, personalized help with just about every subject, including math help from "kindergarten to calculus" as the school brags. There are special tools for parents to help track their kids' progress too.

Discovery Education also offers help in most core subjects, including a "WebMath" took to help solve complicated math problems. There are also a treasure trove of helpful videos available on YouTube for parents to tap into.

So let's take this head scratch-er of a math problem as an indication that many parents, myself included, could stand a refresher on some of the school basics. Even if we have to fake it until we make it. Either way the outcome is the same, our kids get a real-life role model for how to handle learning new things.