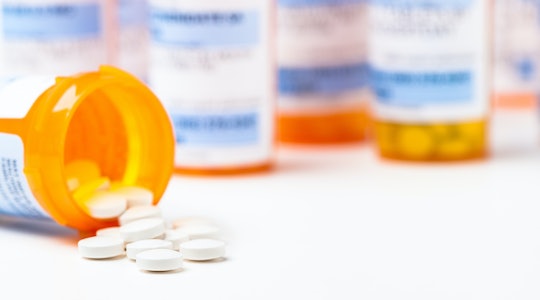 Although it's rare to hear about an obituary going viral, this story about a young mom who lost her life to opioid addiction is receiving widespread attention for a few important reasons. Not only is the obituary incredibly moving, but it also debunks harmful stereotypes about parents battling drug addiction.

Madelyn Ellen Linsenmeir, a 30-year-old mom to a young boy named Ayden, died on Oct. 7 as a result of her ongoing drug addiction, according to CNN. Linsenmeir's heartfelt obituary originally ran in The Burlington Free Press, and it has since gone viral.

If you're wondering why the obituary is gaining national attention, there's a good chance it has to do with the death notice's honest and revealing tone.

"Our beloved Madelyn Ellen Linsenmeir died on Sunday, October 7. While her death was unexpected, Madelyn suffered from drug addiction, and for years we feared her addiction would claim her life," the obituary starts off, according to the Daily Mail. "We are grateful that when she died she was safe and she was with her family."

The writing then addresses the details of Linsenmeir short life, like how she was "hilarious, and warm, and fearless, and resilient," and her affinity for singing, according to Glamour.

"Madelyn was a born performer, and had a singing voice so beautiful it would stop people on the street," it reads, according to Seven Days. "Whether she was on stage in a musical or around the kitchen table with her family, when she shared her voice, she shared her light."

After enjoying a busy and happy childhood, Linsenmeir's life took a troubling turn when at age 16 she tried "OxyContin for the first time at a high school party," according to Love What Matters.

Linsenmeir continued to struggle with drug addiction following that fateful party, even when she gave birth to Ayden in 2014. But despite Linsenmeir's battle, she was an incredible mother to her son. The obituary states, according to the Burlington Free Press:

Maddie loved her family and the world. But more than anyone else, she loved her son, Ayden, who was born in 2014. She transformed her life to mother him. Every afternoon in all kinds of weather, she would put him in a backpack and take him for a walk. She sang rather than spoke to him, filling his life with song. Like his mom, Ayden loves to swim; together they would spend hours in the lake or pool. And she so loved to snuggle him up, surrounding him with her love.

After suffering a relapse and losing custody of Ayden, Linsenmeir's drug addiction reached "places of incredible darkness," with the exception of 12 "wonderful" days before her death.

"For those 12 wonderful days, full of swimming and Disney movies and family dinners, we believed as we always did that she would overcome her disease and make the life for herself we knew she deserved," the author wrote, according to Boston.com. "We believed this until the moment she took her last breath. But her addiction stalked her and stole her once again."

Although there are a lot of points to touch on in the obituary, Linsenmeir's life as a mother particularly stands out. Too often parents who struggle with addiction are labeled as bad or failing parents, an unfair portrayal considering these people are battling a disease. A "person’s impaired ability to stop using drugs or alcohol has to do with deficits in the function of the prefrontal cortex," according to Harvard Health Blog, and it's very difficult for people to stop using once they get started. Love — although powerful — isn't enough to stop a person's addiction, even when it involves a young child.

It's also unfair to say that a parent battling drug addiction is "selfish." The term selfish, after all, implies that you're doing something for your own benefit at the expense of others. But was Linsenmeir benefitting from her drug addiction when she lost custody of her beloved son? Did she feel a sense of gratification as she lost sight of her dreams, only to float in and out of "rehabs, hospitals, jails, courts" for the bulk of her adult life?

Of course, Linsenmeir isn't the only parent out there who has battled drug addiction. In fact, about "1 in 35 children (2.1 million) lived in households with at least one parent who had a past year illicit drug use disorder," according to the Substance Abuse and Mental Health Services Administration, a disturbing statistic that reinforces the reality that America is in the midst of a drug crisis.

Linsenmeir's obituary also touched on the judgment people dealing with addiction face, stating, according to the Evening Standard:

If you are reading this with judgment, educate yourself about this disease, because that is what it is. It is not a choice or a weakness. And chances are very good that someone you know is struggling with it, and that person needs and deserves your empathy and support.

Here's to hoping Linsenmeir's moving and honest obituary inspires more "empathy" and "support" for those who are battling addiction, including those who are parents.