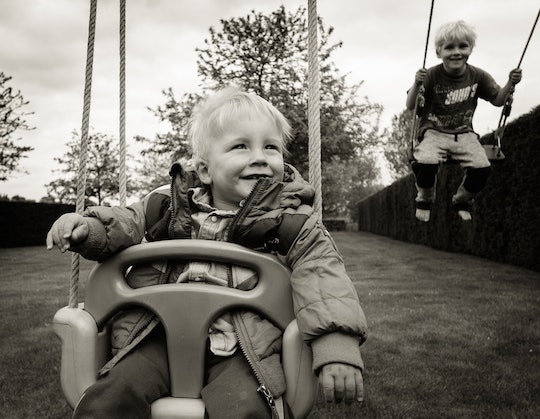 This Study About Second Kids Is So Creepy

Whether you're raising more than one child or have siblings of your own, you've probably spent some time thinking about birth order and how it affects siblings. You may have heard rumors that the youngest of the bunch are always spoiled, that the oldest kids are most responsible, and tales of how the middle child (of course) is always overlooked. While some of those stereotypes are debatable, one large study recently uncovered a new stat that's hard to argue with: as it turns out, second-born children are more likely to be criminals later in life than their older or younger counterparts.

The research, carried out by scientists from several different American institutions (including the Massachusetts Institute of Technology, Northwestern University, and the University of Florida), looked at information from several thousands sets of brothers in both Denmark and Florida over the years (there was presumably a lot of data-crunching involved). Despite the different cultures in the United States and Europe, the researchers found that second-born children were 25 to 40 percent more likely to misbehave than their siblings.

Second-born children's inclination towards acting out could take place at school or, in more serious situations, get them in trouble with the law.

The researchers said there could be two reasons behind the disparity in sibling behavior: a stark difference in role models and differing levels of parental attention (uh-oh).

"The firstborn has role models, who are adults," Joseph Doyle, one of the study's authors and an MIT professor, told NPR. "And the second, later-born children have role models who are slightly irrational 2-year-olds, you know, their older siblings." (As a second-born who frequently agreed to go along with my older sibling's often life-threatening ideas, I would say Doyle is right on the mark about this one.)