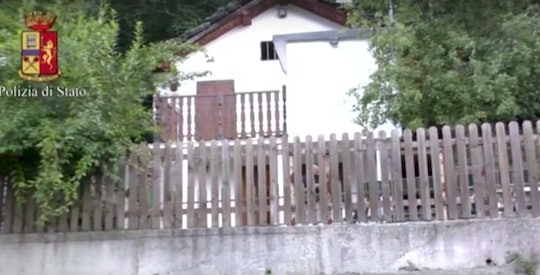 As much as most of us can all agree that Taken was a great movie, that doesn't necessarily mean that anyone would ever want to live out the events that take place in the film. Being kidnapped, especially when in a foreign country isn't exactly anyone's idea of a perfect vacation. Unfortunately, though, it does happen. And now, this latest report of human trafficking will terrify you in a way that's eerily similar, yet distinctly different, to Liam Neeson's trials in the Taken films. Because this woman was kidnapped for human trafficking and was released only after she revealed she was a mom.

A 20-year-old model from Britain was kidnapped in July and auctioned off online in Milan, after being lured to a hotel under the guise of a photo shoot. According to The Daily Beast, "20-year-old British model named in the British press as Chloe Ayling was called to Milan for a photo shoot only to be put up for sale on the infamous darknet or deep web," where her abductors gave her a starting price of $300,000. Luckily, the woman managed to escape the terrifying situation, but authorities don't think that the story ends with her. As The Daily Beast reports, police are "concerned that there may be other young women whose photos were also published on the darknet site, who are being kept in captivity or worse, already sold."

For Ayling, her saving grace was the simple fact that she was a mother. As The Daily Mail reports, "She was shoved into the boot and driven 120 miles to a farmhouse in Turin where she was kept for six days. But she was set free when they found out she was a mother of a two-year-old boy."

But when she first arrived at the location for the photo shoot, she was given no mercy. According to BBC, Italian prosecutor Paolo Storari reported that "The victim was doped with ketamine - then she was locked in a bag and carried for hours in a car. Her assailants also took nude photos of Ayling while she was drugged to post to the internet alongside her price. Police think that the infamous Black Death Group was behind Ayling's kidnapping, as a letter was found on one of the suspect's laptop.

"You are being released as a huge generosity from Black Death Group," the letter reads. "Your release does, however, come with a warning and you should read this letter very carefully." The writer then makes sure to clarify that "a mistake was made by capturing you, especially considering you are a young mother that should have in no circumstances be lured into kidnapping." The man then made arrangements to release the woman back to the British consulate.

Fortunately, police were waiting for one of the men who had kidnapped her at the British consulate in Milan, where we was then taken into custody. And while authorities are still on the hunt for the other men involved in the kidnapping, Ayling's safe return is still good news. And hopefully, young women everywhere will be aware of the dangers in traveling solo and kidnappers will realize that they are being hunted down.