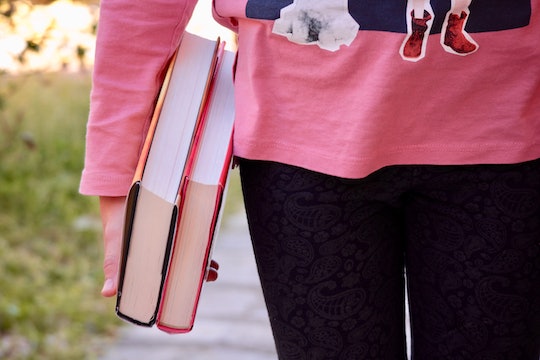 Unpacking issues like gender inequality and stereotyping is one of the tough, but necessary functions of feminism. But it might be difficult to do that without a solid foundation in what feminism means and the space to develop your point of view and ideas. How great would it be if more girls were encouraged to start expressing how they think and feel about those issues at a young age — all while reading the works of some of the greatest female authors of our time? That’s exactly the approach that Philadelphia-based Mighty Writers is taking to empower more girls to explore feminist ideas. The non-profit's writing program for girls uses female authors to teach complex topics and it sounds like the opportunity every young girl should experience.

The four-week program, called “Girl Power Voices,” ran through April and early May and was part of the organization’s broader program to empower girls to explore these ideas using poetry, theater, and essays, according to HelloGiggles. In an interview, education director Rachel Loeper said exposing girls to the writings of authors like Margaret Atwood, Audre Lorde, and Maya Angelou was much like introducing them to a slate of incredible new role models:

Learning to think and write with clarity boosts self-esteem and makes confidence soar. When young women can express themselves clearly, they gain more confidence in their ideas and more comfort in voicing their opinions.

That society often discourages girls from developing those attributes is heartbreaking, but nothing new. While attention usually goes to helping tween and teen girls navigate issues of expression and self-confidence, recent research shows that the problems can set in far earlier. In a study published last January, New York University researchers showed that by as early as kindergarten, girls were less likely to describe women as “smart,” and far more likely to sit out of games and activities described as being for super smart kids. Once girls internalize those stereotypes, it can be far more difficult for them to confront more systemic challenges like wage and employment inequality as they get older.

Mighty Writers seems poised to help parents empower their children to overcome those obstacles. According to HelloGiggles, the organization began offering the Girl Power program upon opening its doors in 2009. Since then, according to its official Instagram account, the organization has grown to include other workshops focusing on helping black children express themselves within the Black Lives Matter movement and encouraging children whose parents are unauthorized immigrants to write about their concerns and fears.

But for young girls who might be afraid they’ve missed their only chance to apply for the Girl Power Voices workshop this year, there's still plenty to be excited about; Mighty Writers’ Girl Power workshops will be offered again in October and November, the organization posted via Instagram. Philly-area families can email hello@mightywriters.org for more information about the writing workshop and other Mighty Writers events.