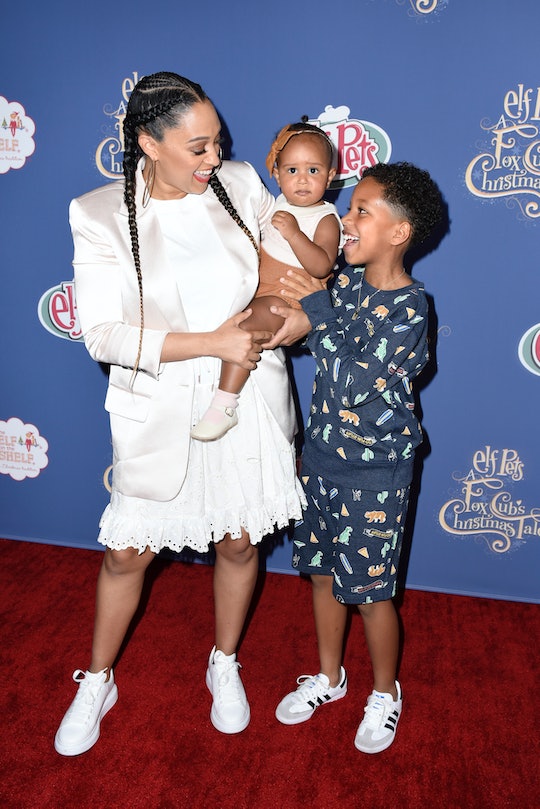 One Sister Sister alum and Family Reunion star has embarked on a different sort of film and TV project, one that aims to share and amplify Black stories. Last week, Tia Mowry announced she's sharing movies with all-Black casts with her two children, an idea other parents can also easily take on themselves.

"This week through the weekend, I will be introducing my children to some amazing movies and television shows with an all black- cast," Mowry wrote Wednesday on Instagram. The actor shares two children, 8-year-old Cree and 2-year-old Cairo, with husband Cory Hardrict.

To kick off their foray into films and TV shows with all-Black casts, Mowry said she'd watched The Wiz with Cree. Made in 1978, the musical stars Diana Ross as Dorothy, Michael Jackson as the Scarecrow, Nipsey Russell as the Tin Man, and Ted Ross as the Cowardly Lion, and is a reimagining of L. Frank Baum's children's book, The Wonderful Wizard of Oz.

In The Wiz, Dorothy is a shy, 24-year-old schoolteacher in Harlem who magically finds herself in the Land of Oz, a city that bears a strong resemblance to a fantasy version of New York City. After befriending the Scarecrow, the Tin Man, and the Cowardly Lion, Dorothy embarks on a journey to find the Wiz, a powerful individual who can help her get home.

While the film unfortunately isn't available to watch on Netflix or Hulu it can be streamed directly through Starz or on Hulu with a Starz add-on subscription. Other options for viewing include, renting The Wiz from Amazon Prime Video.

Later in the day, she revealed she'd followed up her screening of The Wiz by watching The Last Dragon in her Instagram stories. Released in 1985, the film is a martial arts comedy starring the martial artist Taimak and the Canadian singer Vanity.

There are, of course, also a number of other films that feature either all-Black or predominantly-Black casts, which you can watch with your own children in an effort to share and uplift Black stories and experiences. Here are a few to get started:

Sharing Black stories isn't enough, of course. As consumers, we need to actively advocate for the film and television industries to make more space for Black leads, for all-Black casts, and for films detailing Black stories and experiences.