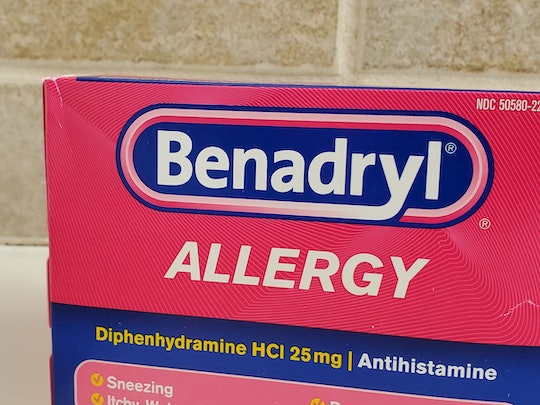 An Oklahoma teen has died after ingesting a high dose of an over-the-counter allergy medicine as part of a Benadryl Challenge going viral on TikTok. News of the 15-year-old's death comes just a few months after three Texas teens were hospitalized after they too took large amounts of Benadryl, causing health experts to warn parents of this potentially deadly social media trend.

The family of a 15-year-old Oklahoma girl is cautioning other teens from attempting the so-called Benadryl Challenge circulating on TikTok, KFOR has reported. The teen reportedly died last week after ingesting an unspecified number of Benadryl tablets as part of the dangerous challenge, which encourages participants to take a large dose of the over-the-counter allergy medicine in hopes they will experience a high or hallucinations.

Sadly, the girl is not the first teen to experience dangerous side effects after ingesting a large dose of Benadryl. In July, Cook Children's Medical Center in Fort Worth, Texas, warned parents about the trend after three teens were treated for Benadryl overdoses in May. "Each of these patients said they got the idea from videos on TikTok that claimed users could get high and hallucinate if they took a dozen or more of the allergy pills," the hospital said in a blog post.

So just what happens when a person takes a high dose of diphenhydramine, the histamine-blocker well known under the brand name Benadryl? According to Dr. David Juurlink, head of Clinical Pharmacology and Toxicology at Sunnybrook Health Sciences Centre in Toronto, Canada, and medical toxicologist at the Hospital for Sick Children's Ontario Poison Centre, the side effects of a "Benadryl challenge" dose would include excessive sleepiness and potentially a coma, confusion, agitation, constipation, blurred vision, dry eyes and mouth, an elevated body temperature, and the inability to sweat or pass urine.

"Basically the sh*ttiest buzz imaginable," Juurlink tweeted. "And that's the FUN part. It gets worse."

According to Juurlink, a large dose of diphenhydramine can cause seizures, some of which can be difficult for doctors to treat. "The scariest effects involve the heart," Juurlink tweeted. "At high doses, Benadryl interferes with the heart's ability to conduct signals and pump properly."

"People die from this," Juurlink added. "Just because it's over-the-counter doesn't mean it's safe. At high doses, it is definitely not."

A TikTok spokesperson tells Romper the platform considers the safety and well-being of its users its top priority and notes that such a challenge would violate its Community Guidelines. "As we make clear in our Community Guidelines, we do not allow content that encourages, promotes, or glorifies dangerous challenges that might lead to injury," a TikTok spokesperson said in a statement to Romper. "Though we have not seen this content trend on our platform, we actively remove content that violates our guidelines and block related hashtags to further discourage participation."

After learning of the challenge in May, TikTok tells Romper it quickly removed "the very small amount of content" it found related to the challenge and has been monitoring the topic closely and removing any newly posted content. TikTok's Community Guidelines explicitly forbids content that encourages, promotes, or glorifies risky activities or dangerous behavior, including amateur stunts and dangerous challenges.

While Romper's request for comment from Johnson & Johnson, the pharmaceutical company that makes Benadryl, was not immediately returned, the company told Fox News the Benadryl TikTok trend was "extremely concerning, dangerous and should be stopped immediately." The pharmaceutical company went on to say they were working with TikTok and other partners to do whatever they could to stop the trend, including removing content from social media networks that promoted or showcased the challenge.

"As with any medicine, abuse or misuse can lead to serious side effects with potentially long-lasting consequences," Johnson & Johnson told Fox News. "Benadryl products should only be used as directed by the label. It is our strong recommendation that all medications be kept out of the reach of children at all times."