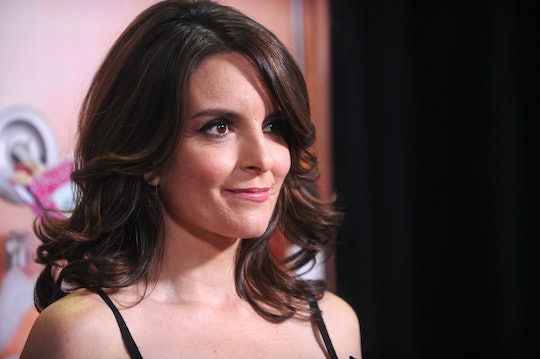 In a recent interview on SiriusXM's The Howard Stern Show, Tina Fey admitted that even her, queen among us, was once called a c--t by a co-worker. But, naturally, Tina Fey's response to being called the c-word proves she's classy AF. The incident occurred back when she was a head writer on Saturday Night Live, a position she held for six years. But, still, the prestige did not protect her from industry misogyny. During the interview, Fey was reticent to reveal the name of the person who called her the derogatory word (because she's classy, people).

Eventually, though, she admitted that it had been former SNL Weekend Update anchor, Colin Quinn. She told Howard Stern:

I was trying to help him with a show that he was working on. I think his anxiety about the writing of the show spilled over. Because it was very random. I was like ‘What?’ He left me a message and he said that . . . I couldn’t even guess why. Usually if someone calls you that, you’re like, ‘I know what I did.’

Colin Quinn responded to Fey's remarks on Twitter, backing up her story and adding in his own apology.

She seemed embarrassed that she had spilled the beans about the incident, and was quick to say that there is no drama between them. "We've since made up!" she told Stern. "I love him so much." While Quinn didn't land a role in Fey's latest collaboration with Amy Schumer, she gave a shoutout to his performance in Trainwreck, which is pretty big of her if you ask me.

Once again, Tina Fey is an inspiration to be a better, classier, more kickass person.