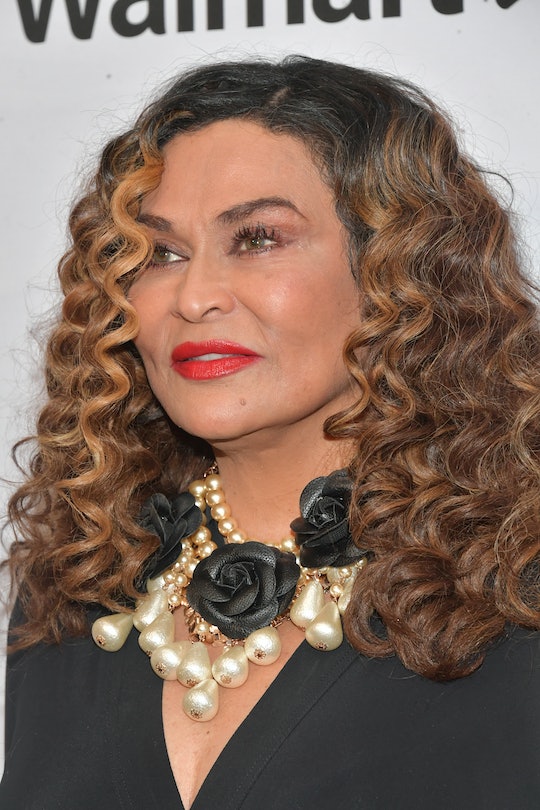 It’s not unusual for mothers and daughters to share taste in things like clothes, entertainment, and even… celebrities? Well, it appears that Beyoncé isn’t alone in her love of the Duchess of Sussex. In fact, Queen Bey's mom, Tina Knowles Lawson made a sweet comment about Meghan Markle recently and it seems to prove that the admiration for the royal runs in the family.

Over the weekend, Lawson was attending the opening of The Broad Museum’s Soul Of A Nation: Art In the Age OF Black Power 1963-1983 exhibition when Us Weekly asked her about the Duchess of Sussex. In response to a question about what makes her admirable, Lawson so sweetly replied: "I mean, I think she's a beautiful, intelligent, independent young woman. I think it’s amazing that she got that opportunity and that she is a great representation for our people. It’s really wonderful." Now that's what I call a compliment!

If you recall, Beyoncé and JAY-Z also recently gushed over Markle, in an incredibly unique and artistic way that showed off their admiration. Back in February, Bey and Jay paid tribute to the Duchess of Sussex while taping a video acceptance speech for the award for International Group at the BRIT Awards and in it, they stood in front of a painting of Meghan Markle as the Mona Lisa, according to Hello! Magazine.

Beyoncé also posted photos from the short video on Instagram, along with the couple's acceptance message:

Thank you to the Brits for the award for Best International Group. I won this award back in 2002 with my besties, Kelly and Michelle. How lucky am I to have been in a group with my other best friend, the GOAT Hova. In honor of Black History Month, we bow down to one of our Melanated Monas. Congrats on your pregnancy! We wish you so much joy.

The video is a throwback to another video that the couple shot for their song "AP*SH*T," during which they stood in front of the real Mona Lisa, according to the Daily Mail. At the end of the short acceptance clip, the couple turn their back to the camera to face the portrait while their young daughter can be heard in the background asking “Why?” They laugh as Beyoncé says “Blue!”

In case you're just tuning in, Markle and Prince Harry are expecting their first child sometime in late April or early May, according to TODAY. And while it’s still unknown whether they're expecting a baby girl or boy, that hasn’t stopped people from wagering on everything possible about the little one. For instance, one betting site is taking predictions for everything from the baby’s sex, weight, and even the day of the week he or she will be born, according to Town & Country.

Of course, none of that is certain yet, but one thing we do know is that Baby Sussex will be welcomed by celebrities and fans on both sides of the ocean, and that this baby will be showered with love.