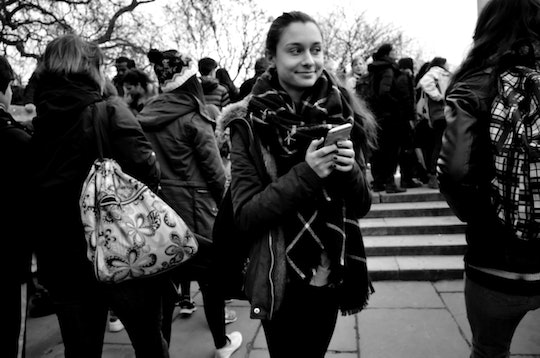 Tinder Will Now Show Your Job Title, & Here Are 5 Ways This Will Affect Your Swiping

Ah, Tinder. For a while everyone I knew was on it, and we all had at least one funny story about ridiculous opening lines or terrible first dates — but more recently Tinder has had lots of competition from new dating apps like Happn and Bumble. So how is the O.G. app o' love keeping itself relevant? Tinder profiles now include job titles and education, a move CEO Sean Rad told USAToday would increase a user's matches by 30 percent.

The change comes along with several other updates to the dating app, which is often considered more likely to lead to hookups than relationships. There are also no more no more "moment" updates from Tinder matches (hallelujah), recent connections scroll at the top of your messaging screen, and people's "last logins" have disappeared from their profiles, which is probably for the best.

Tinder's already fairly superficial — you're swiping based on a cursory glance at someone's face or a selfie of their abs. It's hard to say whether adding education and job titles to profiles makes the app more or a little less superficial — I guess it depends on how the changes influence your swipes. Here are five ways the Tinder update could change your swiping behavior: