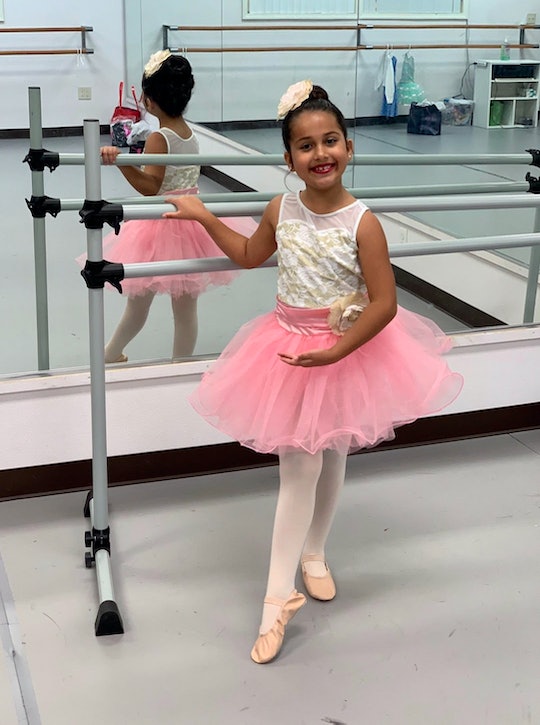 To The Boys Who Do Ballet Alongside My Daughter

Since you first slipped on your ballet shoes, I'm sure you've encountered side-eye looks from kids around your age, whispers from girls dressed in tutus and buns.

My daughter was once the one who whispered, but only to me, when she first started. Only girls danced in ballet, not boys, she told me in a hush. To her, it was "weird."

I don't know where she got that idea from; I can only assume she always sees girls doing ballet in movies or in classes. It's a common stereotype that extends into the toy aisle, where pink ballerinas on the girls' side are sequestered from orange diggers on the boys' side, and into school, where boys who once pulled tutus out of the costume box for fun learn what is and is not acceptable behavior and clothing. Those same assumptions about gender have the potential to injure my daughter; believing that she should be limited to traditionally girly pursuits, or behave a certain way, is as damaging as the belief that boys can't twirl and plié.

And you have helped change her mind.

'Boys should be in ballet,' she recently told me, after being at her dance studio for a year. 'It's normal, nothing different.'

My daughter watches you and looks up to you like she does with the other kids in her class. She sees classmates, on an equal footing, and that is good for everyone.

I'm sure you didn't anticipate ballet class to make national headlines. But unfortunately the notion of boys in ballet is still considered odd by some.

You are proving them wrong.

When I first read that Prince George was taking ballet, I thought it was great. It is a big step forward for the royal family to break gender stereotypes. And then I read about the comments made on Good Morning America by Lara Spencer, and thought it was a shame to undermine the talents of boys in ballet.

This kind of reflexive ridicule ignores the talent of many dancers, and it also misses the importance of diversity in dance (who else is going to lift Giselle into the air?). Ballet is a sport (yes, a sport) that is beneficial for everyone. It teaches discipline and grace. It teaches teamwork as well as individuality, confidence and strength. It is, at its base, a form of expression. And you could do worse than having Rudolf Nureyev, Mikhail Baryshnikov, Ivan Vasiliev and Benjamin Millepied as your heroes.

So don't let anyone tell you that it's "weird" for you to be in ballet or that you can't be as good as the girls. You are a role model for younger boys who may feel discouraged by the lack of boys when they try a ballet class.

You are changing the minds of girls who may not quite understand the gender stereotypes at work in their worlds, but see only girls in ballet classes.

Today, even my 7-year-old understands that people should be able to do what they want to do and not feel ashamed or discouraged because of their gender and not being in their "typical" role in sports.

"Boys should be in ballet," she recently told me, after being at her dance studio for a year. "It's normal, nothing different."

My daughter, young yet wise beyond her years, said it best when she said, "Anybody can do anything."

I hope you encourage more boys to join ballet, even if it's just to try out a class. We need dancers of all gender expressions for all forms of dance.

So try your best to ignore the naysayers and just know that even changing the mind of one girl, my daughter, is a great start to breaking rigid gender stereotypes. After all, #boysdancetoo.

The Mom of a Ballerina Who Appreciates You

We want to hear from you! To respond to a conversation in the parenting space, send your essay idea to pitches@romper.com.