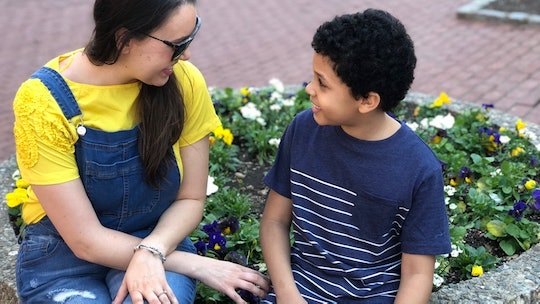 To The Mom Always Getting Phone Calls From School

Dear mom who starts everyday hoping not to get that call from her child’s school,

I know that you feel nervousness bloom in the pit of your stomach whenever you check your email, and are struck with worry whenever the phone rings, scared about what happened at school this time, I feel you. I am you.

We all know exactly what’s in our children’s hearts, but sometimes things come out wrong. We get calls for different reasons. Some of our children are dealing with mental health issues, behavioral issues, emotional issues. Some kids can’t stay organized, always forget their homework or have issues dealing with authority. Whatever it is, we’re the ones getting the calls when things go awry and are left to pick up whatever pieces need put back together.

My family and I recently moved from New York City to the suburbs, living in a coveted neighborhood with a public school that people yearn to have their kids attend. In fact, it’s the school district that I grew up attending and one of my son’s new teachers actually babysat me as a kid. It’s a huge school district, but it’s still kinda like Cheers, where everyone knows you name.

Our son, who is now 10 years old, got calls home here and there from his old school in the city, but a lot of the issues I attributed to his extremely long days (we walked to the bus at 6:50 a.m. each morning and didn’t get home until 5:10 p.m.) and complete distaste for spending his evening doing more homework. My heart felt for my kid, who kind of had no life outside of school Monday to Friday because of all the work. How could I expect him not to be burnt out and angry because of that?

Then we moved and I expected there to be a shift. A shift in behavior. A shift in excitement to finally be able to participate in after-school activities and all the awesome clubs that were all of a sudden at his fingertips. But things actually got worse.

You begin wonder to yourself if you can have just one day where you don’t get a call from the nurse, the guidance counselor, the teacher. One day.

While he did join a sport, choir and one of the school’s clubs, his teachers and my husband and I began to pick on some behavioral issues that we never saw before (probably because we were so focused on getting five pages of math homework done every night).

And the calls from school started coming in almost every single day, and even though we had an evaluation plan in place and were doing everything we possibly could at home and at school to rectify his behavior, there were still daily things that needed addressed.

It was always something. A call. An email. A text. A Class Dojo message.

You begin wonder to yourself if you can have just one day where you don’t get a call from the nurse, the guidance counselor, the teacher. One day. That’s all you want, but there's almost always something needing your attention.

The world doesn’t know how much all of this weighs heavily on you. In fact, most of the time people are too busy judging you to ever think about the emotionally crippling days that you’re having. People are so quick to pinpoint any issues that a child is struggling with on their parents, as if it’s their fault. We didn’t teach them well enough. We don’t discipline enough at home. If only they knew how hard you’re trying and that some days you’re barely holding it together.

I know that you’re always tired. Tired of the stress. Tired of trying to be strong. Tired of constantly advocating on behalf of your child and pondering all the “whys.” You do it because you love them and want the best for them and would never in a million year question your “why,” but that doesn’t mean that sometimes it gets to be to much.

I want you to know that you’re doing a great job. We don’t say that nearly enough to each other.

I know that you’ve probably cried in public. Whether it was a moment where your emotions got the best of you or you were embarrassed because of a outburst. This happened to me just last week in the middle of CVS when my son refused a flu shot loud enough for the whole store to hear. We were asked to leave.

I want you to know that you’re doing a great job. We don’t say that nearly enough to each other. You are amazing and if I was right there next to you, I would be handing you a supermom trophy to proudly showcase on your mantel, to look at every day as a reminder of your awesomeness. Being a mom is truly the hardest job in the world and some kids come with different challenges than others, and that’s okay.