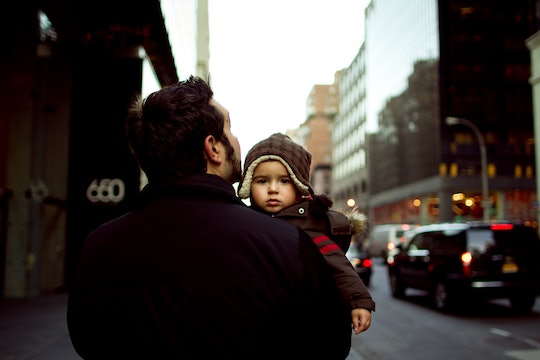 Toddler Gives Herself A Mullet, & 4 Videos That Prove Kids Are Terrible Stylists

In case you just have a newborn, or have never let your toddler choose their own outfit, I have a newsflash for you: kids are not to be trusted when it comes to their personal style, or anyone else’s. A perfect example of this fact is in this video, which shows what happens when a 3-year-old girl cuts her own hair with rather disastrous results. Apparently she wants to be a hairdresser and needed to practice. And really, what better way to practice than on yourself? Well, I guess she could have practiced on her dolls. Or asked for a hair stylist dress-up set. Whatever, details.

The end result of this little girl’s foray into the hair styling world was a delightful little mullet, complete with close-cut sides, no possibility of bangs, and a few bald spots. Listening to the dismay in her father’s voice as he tries to get her to explain herself is both hilarious and terrifying. Hilarious because it’s an entertaining video for anyone to watch, and terrifying because, well, that might be me with my own daughter one day. In fact, pardon me for a moment while I put all our scissors safely out of reach.

So, this is a bit of a thing. Kids want to cut their own hair. And guess what? They suck at it. I mean, in a technical way; I'm not here to tell them how to live their lives. Maybe they love their ~look~. I respect their journey.

I love this dad's reaction to his daughters. He laughs and calls them "silly donuts" because, well, they kind of are. I might not be laughing, to be honest, but kudos to him for not getting angry.

Of course, there are those adorable kids who take matters into their own hands because their parents don't, like little girl was mad that no one who put her hair up, so she cut it off. (Mental note: always put my daughter's hair up whenever she asks, without question.)

For the record, it's not just the wee ones that seem to think they know what they're doing.

Although mostly, it is definitely the little ones who think they've got all the talent.

Let this be a lesson to us all: Keep the scissors out of reach from little hands! Unless you actually want your kid to attempt to modify their 'do to hilarious results, which frankly I cannot blame you for.

More Like This
The Best Halloween Family Pajamas To Match Your Boos
Here’s How To Keep Your Baby Safe When Their Older Sibling Is Sick
Can Elderberry Help Prevent Illness In Kids? Doctors Weigh In
What Is RSV?