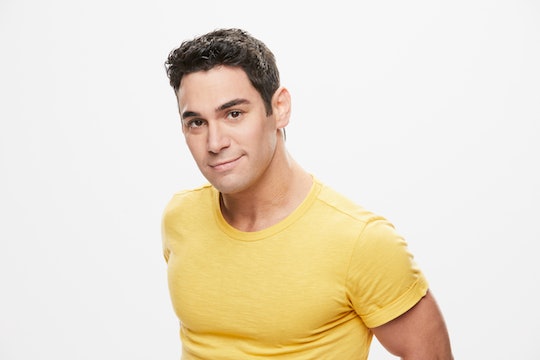 Season 21 of Big Brother just premiered, and fans are already picking out their favorite contestants. It’s a little too early to predict who will win, but some think that Tommy Bracco’s friendly personality could earn him the leverage he needs to stay in the game. But like most of the other contestants, Tommy Bracco’s Instagram from Big Brother is set to private, so if you are curious to know more about him, you’ll have to scan through his online bios and interviews.

Tommy is a bonafide Broadway star, so he already has pretty substantial internet presence. According to Playbill, he recently played the bellhop, Giulio, in Pretty Woman and has appeared in a number of other Broadway shows including Newsies and A Chorus Line.

When talking to Broadwaycom, Tommy revealed that he started out doing acrobatics as a child and then joined a dance studio in Staten Island. He eventually went on to attend Laguardia High School for the Arts, and planned on studying architecture in college. But after seeing his performance in a school production of City of Angels, his high school teachers told him he could turn his acting skills into a career.

So what compelled him to leave his Broadway career and join Big Brother? Well, in an interview with ET Canada, Tommy explained that he’s a huge fan of the show and that he’s been avidly watching it since Season 14. When asked about what kind of vibe he’s bringing to the competition, Tommy listed honesty as his biggest asset.

Tommy added that one of his main strengths is “managing relationships,” and that he plans on befriending everyone to remain in the competition. He also noted that while his physical strength could help him through some of the challenges, he’s going to rely on his “social game” to get him to the end. “So I want to build the family that I have outside the house, in the house,” he told ET Canada. “I want these people to feel really safe with me. I want to be the Italian mother of the house. I want to take care of everybody, so they don’t think that I’m the one to backstab them.”

It’s too early to predict how far Tommy will go this season, but with his infectious personality and charm, I could easily see him becoming a BFF to everyone in the house. I guess fans will have to wait and watch through the summer to see how he fares.