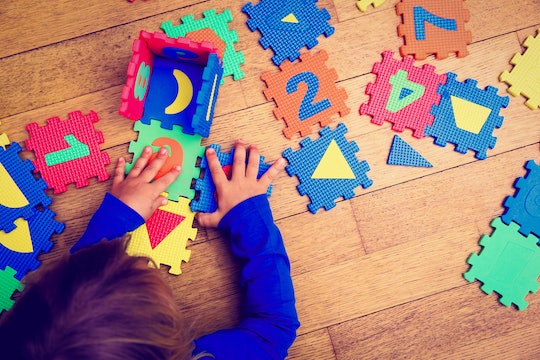 Too Many Parents Live In Areas Where Child Care Is Nonexistent

If one thing is certain in this crazy, unstable world, it is this: having kids changes things. Whether you have kids the old fashioned way, or adopt, or foster, or anything else, becoming a parent means that your entire life gets turned upside down. You have to spend more money, re-manage your time, and learn about the fascinating new world of parenthood. Then, there's child care. No matter where you live, the costs of child care in the United States are ridiculously high. And unfortunately, too many parents live in areas where child care is nonexistent and don't even have the option to send their little ones to a reputable establishment — and that's not OK.

This new study makes it painfully clear that America does not appreciate the importance of proper child care, otherwise these so-called child care deserts wouldn't exist. But, unfortunately, they do. And they exist on a broad scale. In fact, "More than half of the population across the 22 states studied – 51 percent – live in neighborhoods classified as child care deserts," according to the findings.

This is problematic for a number of reasons. First, there are already enough problems in the child care industry in America as it stands. A 2015 poll from The Washington Post found that child care costs ranged from $5,600 annually in states like Louisiana, to $22,000 in Washington D.C. And, while that annual cost of child care in Louisiana might seem ideal, this new study proves that isn't exactly the case.

As this new study shows, it is the more rural states that are impacted by child care deserts. Per the study, "58 percent of rural census tracts qualify as child care deserts, while only 44 percent of suburban neighborhoods fit the definition." So, just because the costs of child care seem cheaper in some places, that doesn't mean that the situation there is any more desirable.

So, not only is child care in the United States beginning to become more expensive for families everywhere, but it also isn't even accessible to many. And that's a problem that needs an actual solution, not a new tax code. As the Center for American Progress stated in their study, "An investment in the infrastructure of child care supply would be an excellent place to start."

More Like This
Here Are Parents' Top Trending Searches In 2022, Because Google Really Is Our BFF
Quinta Brunson Credits Her Parents For Her Confidence, Now & As A Kid
20 Heartwarming Episodes To Help Prepare Your Child For A New Sibling
Meghan Markle Wrote An Emotional Poem About Being A Child Of Divorce When She Was 12