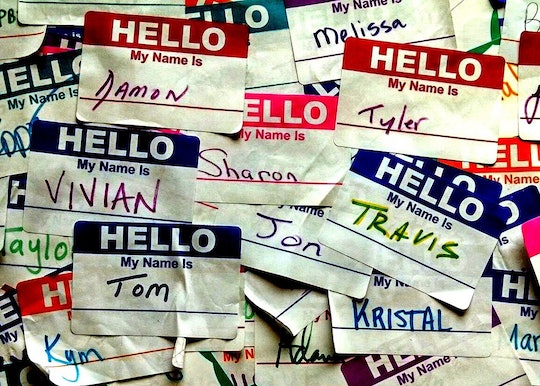 What’s in a name? While some have relevance to one’s family or heritage, more and more parents are drawing inspiration from television, movies, and other unlikely places. BabyCenter has just released their list, and it looks like Sophia is the top baby girl name in 2015. And though the name has topped the list for the sixth straight year, there are a few trends that took us by surprise.

Though an increasing amount of babies are reportedly being named after Empire characters and even Instagram filters, some things have stayed the same. For instance, the top boy name and three of the top girls names have been the most popular for the past several years. But there also have been some been some shakeups with the top 100 list. The biggest change you’ll notice is that Madelyn, one of 2014’s popular baby names is notably absent from the top 10. It looks like, Madison, a similar name, took its spot this year.

Aside from these trends, there are a few things worth noting about the top ten girl and boy names. For starters, it seems like many parents want their boy’s name to be short, sweet, and to the point as all of them are two syllables. Secondly, we’re seeing a ton of -a ending names in the girl category, which does add a feeling of uniqueness to the lineup. But when it comes to the boy names, it’s hard to miss that a good amount the favored names end with the letter n.

So, without further ado, here are 2015’s most popular boy and girl names:

And if you were wondering where the aristocratic names are —because Royal baby craze is still at an all-time high — they haven't cracked the top ten just yet. Yahoo! Parenting reports that names like King, Princess, and Dutchess have seen a huge upswing in popularity. And yes, even names like Sultan and Tiara are slowing creeping up on us, too. We can't wait to see how creative parents will get be with their babies' names in 2016.