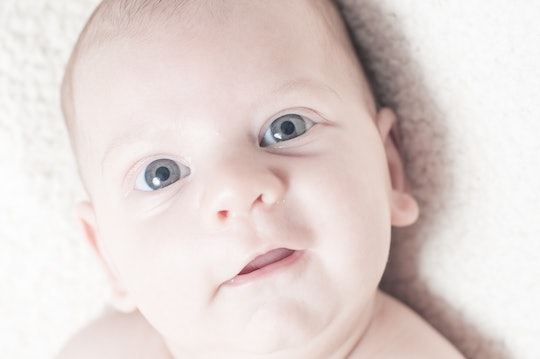 The most popular baby names are taking on vintage and biblical themes this year. Baby name site Nameberry released its list of the top baby names for 2016, and it’s classically cute. The Class of 2034 may have more than a few Olivias and Ezras than today.

For girls, vintage Olivia is most popular with parents in 2016, bumping last year's top choice Charolette to number three. Names beginning with vowels, especially A — Amelia, Ava, Arabella, Aurora, and Adeline — seem to favorites among the parents to be. Classic with a bit of a twist was apparent with these name. Every name I can easily imagine as an adorable baby, a successful career woman, as well as grandmother in a rocking chair.

While not on the Top 10, other notable and trendy names for baby girls include Astrid, Sadie, and Phoebe (and every Friends fanatic warms with happiness).

Biblical Ezra remains at the top for parents of little boys. There wasn’t much change on the boys’ list, only adding two new names — Levi and Wyatt replaced Jude and Jasper this year. Historic names (hello, Mr. Atticus) seem to be a hit with moms and dads this year. Imagine a man drinking an old-fashioned in a dark bar 30 years from now, he’d definitely be named Milo or Declan.

Other trendy names for baby boys include Elijah, Jayden, and Logan. Sadly, no Phoebo.

The results are “based on the most-visited of the nearly 20 million views of our individual name pages in the first three months of this year,” Nameberry creator Pamela Satran said on the site.

Before releasing “official” list of 2016 (so far, it's only April), Nameberry crunched some numbers last month to determine what type of naming themes expecting parents were aiming towards — interchangeable and gender-neutral names like Riley and Rowan for girls and Logan and Charlie for boys.

The newly released list of names isn’t quite official until parents register their newborns and they are counted by the Social Security administration. But, for now these are the names trending the most among expecting parents.