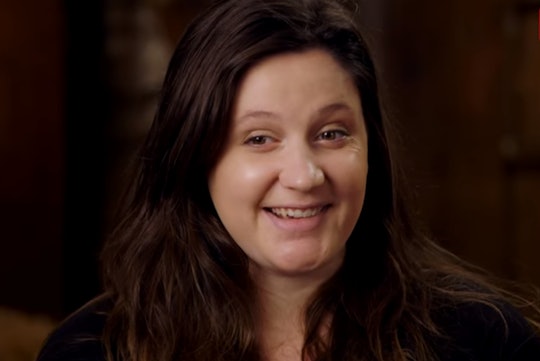 People are nosy. That's a fact of life, like it or not, that we all need to get used to. We're always going to be curious about what's going on with other people. We can speculate to ourselves, we can gossip a little with a close friend, maybe, but for goodness' sake, we need to stop being nosy right to people's faces and in their social media comments section. Little People, Big World fans just got a heaping dose of that lesson on Wednesday, when Tori Roloff addressed pregnancy rumors with a response that let everyone know exactly how damaging it can be to pry into others' business, particularly about extremely personal issues such as family planning. And yes, that even applies to reality stars who put a great deal of their personal issues on display.

Roloff and her husband, Zach, have allowed TLC's cameras — and by extension, millions of strangers — into their lives for years, chronicling their relationship since the moment they started dating in 2011. Fans watched them get married in 2015, and anxiously awaited the birth of their first and only child, Jackson, in May 2017. The pregnancy had an extra layer of drama to it, as Zach has achondroplasia, more commonly known as dwarfism, meaning Jackson had a 50 percent chance of being born with it, as well, according to In Touch Weekly.

Since Jackson's birth, Zach and Tori have continued to let fans into their lives through the show and social media, but what people need to remember is that it's their choice what to share, or not share, with the public. The Roloffs' decision to let the public into their lives doesn't mean that they're entitled to know every single detail of their relationship, or the contents of Tori's uterus at any given moment.

As is the case with nearly all women of childbearing age, people have been hounding Tori about having another baby since the moment Jackson vacated her womb. Unfortunately, since she's famous, that hounding extends far beyond the coworkers, aunts, and busybody neighbors that you or I might be used to, and the woman can't post a thing on Instagram without someone questioning whether one of her eggs has been fertilized any given month.

She's had a sense of humor about it in the past; according to In Touch Weekly. This past May, for instance, she posted an Instagram Story alerting her fans, "No, I am not pregnant. That is just my burrito from yesterday. Kthanksbye."

But there's only so much pestering a person can take (especially a person who is still changing diapers, thank you very much), and it looks like Roloff has finally had it with all the speculation about her breeding schedule. On Wednesday, she posted a family photo on Instagram, accompanied by a long caption explaining just one of the reasons why asking a woman if she's pregnant is rude as hell:

No I'm not pregnant. Yes I love baggy clothes and food. What if I was a [woman] who couldn't get pregnant? What if I was a [woman] who had body image issues? Asking a woman if she's pregnant can be extremely damaging... You don't know what's going on behind closed doors in anyone's life. I say this because time and time again I've watched my own friends and family struggle with having a baby and I know how much it hurts every time this question is asked.

I'd add that in addition to fertility issues and body image issues, a woman also may have had a recent miscarriage. Or, she and her spouse may disagree about whether to have a baby, and your comment might dredge up hurt feelings on that front. Or maybe she is pregnant and not ready to tell people. Maybe she's not, and doesn't want to be, and isn't interested in defending her completely valid choice for the hundredth time. The fact is, unless you are a medical professional about to treat her, or an amusement park ride operator, there is no good reason to ask a woman if she's pregnant, so please, once and for all, just keep it to yourself.