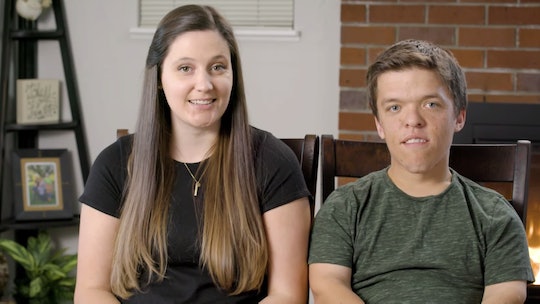 Zach and Tori Roloff welcomed their second child two months ago — and since then, the Little People Big World stars have shared regular updates about their newest addition. From posts about appreciating her postpartum body, to updates about how big brother Jackson is coping, to a steady stream of adorable baby photos, Tori has been incredibly open about becoming a mom of two. And recently, Tori Roloff confirmed baby Lilah is a little person.

Lilah Ray Roloff was born on Nov. 19, and her parents were over the moon about her arrival. (Zach and Tori's baby girl was also welcomed by their 2-year-old son, Jackson.) “Zach and I are so excited to introduce you to our sweet baby girl Lilah. She has been the perfect addition to our family!” Tori said in a TLC statement at the time.

After the initial ooh-ing and ahh-ing over how irresistibly adorable newborn Lilah was, Little People Big World fans all had the same, burning question on their minds: Was the newest Roloff a little person, too? It seems now they finally have an answer.

On Jan. 22, Tori did an impromptu Q&A with her Instagram followers, People reported. One follower asked "Is your daughter a little person too?," to which the mom of two answered simply with, "Yes." Another person wondered, "Why did you have a second c-section??" To that, Tori replied:

Because Lilah has dwarfism. It's not that I couldn't have a vbac just most likely it would have ended in a c-section. So we just skipped ahead.

When Tori was pregnant with Jackson, she and Zach learned their son had achondroplasia at 34 weeks along. And although she initially was worried about the diagnosis, those feelings didn't last long. “I have the best resources at the palm of my hands and I was fortunate to have some background knowledge,” she shared, according to Us Weekly. “I can only imagine the fear of a parent who has no experience with dwarfism.”

During Tori's pregnancy with Lilah, fans asked if they knew whether their baby girl would also have dwarfism. The expecting mom opted to not share about Lilah's dwarfism at the time. However, she did point out there was a 50/50 chance of their daughter inheriting the gene for dwarfism, In Touch Weekly reported. (This is because Zach carries the gene and Tori does not.) Interestingly, Zach's parents Matt and Amy are both little people — but they ended up with three children of average size and just one child with dwarfism.

Of course, the fact that Lilah and Jackson both have dwarfism is only one detail about them as individuals — something Tori has opened up about before.

With this attitude, along with the personal experience Zach brings into the equation — being a little person himself — Jackson and Lilah will no doubt grow up knowing that although they're different, their dwarfism doesn't define them as people. And it certainly doesn't define what they're capable of achieving, either.