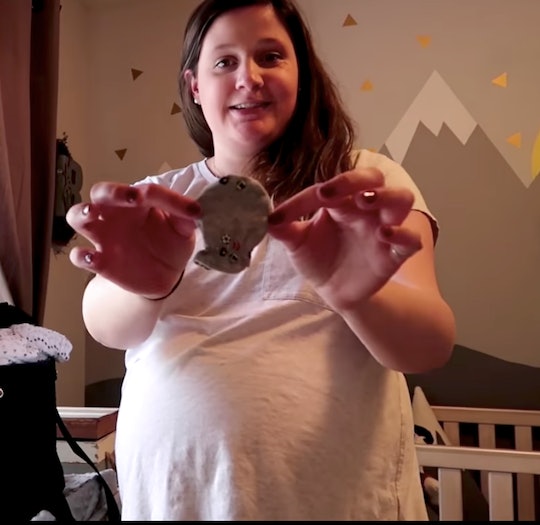 Zach and Tori Roloff, of Little People, Big World fame, recently welcomed a baby boy to the world. On May 12, Jackson Kyle Roloff was born, and it's clear his parents are thrilled and happy to be new parents. Tori Roloff's quotes about parenting and motherhood show she's excited to be a mom to little Jackson, and willing to share news of the little guy's early life on their various social media pages.

CafeMom reported that the couple took to social media to share the news of their son's birth, along with a family photo, just days after Jackson was born. According to the outlet, he weighed in at 9 pounds, 1 ounce, and 20.5 inches long. Sounds like a very healthy and very loved baby has been added to the Roloff clan with Jackson's arrival.

TLC reported several months ago that Zach and Tori made the announcement about their newest addition a little more than one year after the couple's wedding, so the two didn't waste any time in starting their own family. Tori reportedly broke the news to Zach Roloff by writing it on the notepad where she practices her calligraphy — and he didn't even catch it the first time he read the message! So she's clearly been excited to be a mom from the very start.

Not long after Jackson's birth, Tori posted a photo of her and Zach with their newborn son, and captioned it with information about his birth and his full name — along with a very sweet message. It read, "Mom and Dad are so in love with you already 💙👶🏻."

When the couple revealed the gender of the baby back in January, they reportedly told People, "We are super excited and can’t wait to be parents."

But according to CafeMom, Tori had her share of fears, just like any parent to be, about her impending parenthood. The site reported that Tori said at one point in an episode of Little People, Big World, "I do not feel prepared one iota."

But in another Instagram post several weeks ago, Tori posted a photo of her and Zach along with a long caption that included, "the wait is starting to kill me baby! Can't wait to hold you in my arms!" So hopefully her excitement outweighed any of the fears Tori has had to become a mom.

Plus, CafeMom reported that another photo Tori posted of herself and her baby boy included the caption, "My heart is so unbearably full. I've only spent 4 days with this little guy and I have fallen In love completely with him. This is what I was meant to do. Mommy loves you, Jackson!"

And although Tori admitted that she thought it was "scary" to think that her baby could have dwarfism in a clip from an episode of Little People, Big World, it was also clear that she'd love her baby no matter what. The clip ended with her saying, "whatever pops out, we're gonna love it."

The couple hasn't revealed whether there's any sort of medical concern with their new baby, which is totally their right. They're likely busy enjoying their newborn, and sharing him with the rest of their reality TV show family — including Zach's twin, Jeremy, who is also expecting a baby along with his wife Audrey, according to CafeMom.

Congratulations are definitely in order for Zach and Tori — who are both clearly very excited to start this journey as parents to Jackson together.