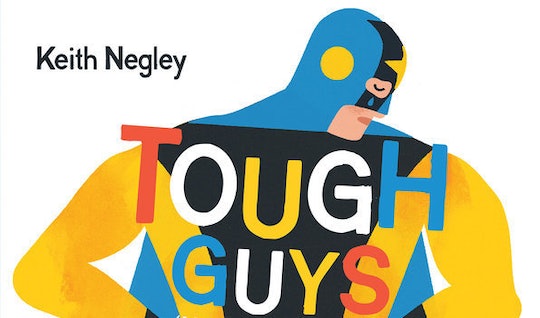 The text from my sister read “It’s a boy!!” followed by a string of blue heart emojis. Over the course of the next few years I would realize that once you had a baby, you were required to align your hearts with the baby’s sex. Once you looked at that ultrasound screen, found out what, or who, you were having, you were now forever required to caption your Instagram with only pink or blue hearts. Someone decided on this, everyone complied.

Two years later, my son was born. I captioned with red hearts.

I have thought of myself as a contrary person for as long as I can remember, almost involuntarily. I like to think that I don’t adhere to norms, that I make my own way, that I stand out from the pack. And yet when it comes to it I am at my core, a rule follower. My brain isn’t as forward-thinking as I’d like it to be.

When I found out I was expecting a boy, many of my conceptions of parenting flew out the window. Prior to getting pregnant, I dreaded the princess phase, the sitting through dance recitals, the having to learn how to French-braid hair when I’d never mastered it myself. I didn’t let myself dwell anywhere but in girl world, as I pictured raising a miniature version of myself (don’t we all?). As much as I tried to think of the world from a gender-neutral perspective, tried not to pigeonhole the books I recommended in my job as boy books or girl books, when the test came back with a Y chromosome, I was, as the teens say, shook. Whatever was I supposed to do to a boy?

I thought of drowning in a room full of toy trains, trains forever, trains on the floor and on tables and in my bed when I tried to sleep at night.

I thought about the boys at my last job, at a single-gender school, where I was surrounded by a thousand male bodies at all time. The old boys' club was in full effect in the 21st-century, crowds of them yelling and throwing things and moving their bodies around with little concern for anyone else around them. I thought of the gatherings at family parties where swarms of smaller boys ran around with fingers, sticks, or anything they could turn into a gun, gleefully shooting at each other. I thought of drowning in a room full of toy trains, trains forever, trains on the floor and on tables and in my bed when I tried to sleep at night. I lay awake wondering and worrying about what it would take to raise an empathetic, caring boy in a world that seems inclined to turn him into anything but.

Fast forward to two weeks into the baby’s life. He lay on the floor during tummy time, howling in protest like usual. My new mom/former librarian instincts kicked into gear and I turned to his bookshelf for help. Perusing all the titles we’d registered for, the feminist board books, the Goodnight Moon and On the Night You Were Born, I pulled out one I’d chosen myself. Tough Guys Have Feelings Too.

Cracking open the book for the first time, I let the sharp design and colors assuage my frazzled postpartum brain and focused on the words instead. There was the astronaut looking wistfully back towards Earth, photo of his family in his white-gloved hand.

You might not think it, but tough guys have feelings too.

The superhero glancing mournfully into a sandwich, perched high atop a building. The knight laid low by his sword being felled by a tree trunk. Every incarnation of a man’s man, all crying cut paper tears, looking into the distance, ruminating over a ninja fight gone wrong.

On the soft rug my own thoughtful husband had picked out, on the floor of the baby’s carefully curated nursery, I began to think about my own future and the baby at my feet. Growing up as one of four girls, part of my fear of raising a boy was that I just wouldn’t know what to do. I had no context for this particular life experience and felt I was going in blind. But the anxiety runs deeper in 2018. It’s not enough to just raise any boy. I felt compelled to raise one who could somehow be and do better than incarnations of masculinity in the past, and I know I’m not alone. In doing so I have to confront my own failings as a socially conscious person. Being the mother of a boy means actively working to dismantle the systems that have aided other kids who look like him for the past millennia. The pressure can feel overwhelming sometimes, staring into his big blue eyes and thinking that the odds against raising a kind-hearted human being are insurmountable.

I didn’t just have a boy anymore. I had my son, and suddenly all of the options didn’t seem so bad.

Tough Guys Have Feelings Too showed me that I couldn’t exactly escape all the facets of masculinity that I find uninteresting or negative. The superhero obsession, the constant need to run around. There were no train conductors to be found in the book but my train aversion couldn’t end up being the hill I’d die on as a mom. I didn’t just have a boy anymore. I had my son, and suddenly all of the options didn’t seem so bad. Because he wouldn’t just be the brightly colored hero the world wanted him to be. He’d be the empathetic superman I and his father could guide him into becoming. He might swing sticks while running around the playground, yelling his head off, but I could help him choose what words he was using.

'Tough Guys Have Feelings To' by Keith Negley
Amazon

I still grapple with the heavy responsibility of raising a white son in our sometimes poisonous world. Teaching him respect, empathy, care for the earth and for others. I chafe at the trucks and weapons and superhero movies I see in my future. Yet sometimes I crack open this book, read it to the little XY life I’ve been entrusted with, and see that same future in a different light. He might be tall and fierce and headstrong, but he’ll be better than I could have even imagined. He’ll have feelings, too.