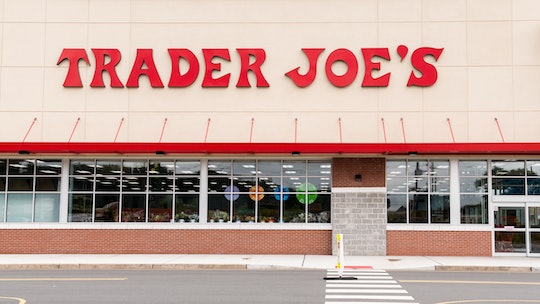 Grocery shopping with kids isn't high on the list of favorite activities for many parents, a sentiment that doesn't require much explanation IMO. And if you dread going to the store with your little ones in tow, I have a feeling you'll appreciate Trader Joe's hidden stuffed animal game for kids. Not only it will help keep your children occupied, but it's a seriously fun idea that comes complete with prizes.

More Like This
The Original American Girl Dolls Are Back For Their 35th Anniversary
Check Out The Cutest Baby Swimsuits From Old Navy, Hanna Andersson, & More
The 7 Best Water Tables For Your Little Ones
These Smart Bassinets Might Get You A Full Night's Sleep

I don't have a favorite grocery store per say, but I always enjoy going to Trader Joe's, especially during the fall. From the autumnal treats (I love the pumpkin ravioli) to the typically friendly cashiers, there's a lot to appreciate about the chain. Another reason why Trader Joe's is impressing folks? Most stores around the country have hidden stuffed animals for kids to find, and those who are able to locate the toys are rewarded with a prize. Some stuffed animals include monkeys, whales, cows, and lobsters, to name some examples.

A Trader Joe's employee opened up about this fun game in an Ask Me Anything thread found on Reddit by The Kitchn, noting, “Each store has a stuffed animal of some sort hiding somewhere. It’s really just for kids to run around and find the missing animal, and they get a treat. Kids seem to LOVE it and parents go along with it, too.”

This is isn't a new trend, however, as various customers have discussed it on Reddit and Twitter before. "My son found the stuffed animal & got stickers," a post from six months ago reads. And one Twitter user shared a shot of a cow stuffed animal, joking, "The hidden stuffed animal myth at Trader Joe's is true! If I was 12 I could get a prize..."

Speaking of the prizes, no reward is the same. "The type of stuffed toy and treat may vary store to store, but for example, in my local Trader Joe’s there’s a hidden penguin and when my daughters locate it, they receive a lollipop," the employee revealed to The Kitchn.

As for why the chain decided to come up with the game in the first place? "It’s important to us that we provide all of our customers with a fun and memorable shopping experience," a rep for Trader Joe's tells Romper in an email. "This is just one of the ways stores choose to engage with our youngest shoppers. When a child locates the hidden stuffed toy, they just let a Crew Member know and they’ll receive a treat."

Now that this adorable secret is out (or more well-known), countless families and even adults are excited to join in on the fun.

"This makes me smile and totally something I would do," someone else said. "Really going to keep an eye out for a stuffed animal at Trader Joe’s next time."

Someone else quipped: "Does being 21 count as a child??"

"Really? What's the prize?" another commenter penned. "Let me take my child to find it lol."

I don't think there's much else to say except this is a really awesome idea. Happy searching!