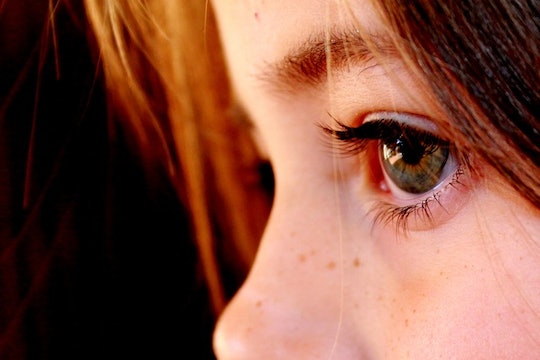 According to a study published in March in Pediatrics, transgender children who are supported in their transition have much better, more stable mental health than children who aren't. While there has been debate in the past about encouraging or allowing transition at an early age, this research refutes the purported damage of early transitions. It's clear that transgender kids need parental support.

The study was authored by Kristina R. Olson, Lily Durwood, Madeleine DeMeules, and Katie A. McLaughlin, and it provided much-needed research on children who have fully transitioned. Kristina Olson is an associate professor of psychology at the University of Washington. She spoke to NPR about her motivation for conducting the study. First, very little data exists on transgender children, despite the prevalence of LGBTQ issues in the news and the rapidly changing opinions and attitudes toward transgender people.

She said in her interview with NPR, "Forty years ago everyone considered this to be a pathology." It was even known as "gender identity disorder" until recently; it's since been changed to "gender dysphoria" in psychology manuals and textbooks. Olson felt that the mental health statuses of transitioning children were being skewed by the fact that data was only being collected after they had sought out mental health treatment. So, for her study she decided instead to go to the children to get more accurate data on their experience. She and her team reached out to transgender and non transgender prepubescent kids age 3 through 12 through the TransYouth Project.

According to the study, "Previous work with children with gender identity disorder (GID; now termed gender dysphoria) has found remarkably high rates of anxiety and depression in these children." Transgender children were known to be more anxious and suffer from depression more often than non transgender children. What this study discovered is that does not have to be the case. Olson and her team focused on children whose families were supporting them in their decision to transition, rather than trying to "cure" them of it. Olson said, "They had exactly the national average for depression. They are no more or less depressed. They show a marginal, like, a tiny bit of an increase in anxiety, but nowhere near the rates that previous work has found." What this research proves is the mental health issues that have been rampant in the transgender youth community are not a foregone conclusion, but rather a result of feeling alone, different, and unsupported. To continue her research, Olson plans on tracking the lives of these children to see what happens to their mental health as they grow up.

With the amount of violence, fear, and misunderstanding aimed toward the LGBTQ community of late, this is a very welcome message, and one that parents should take to heart.