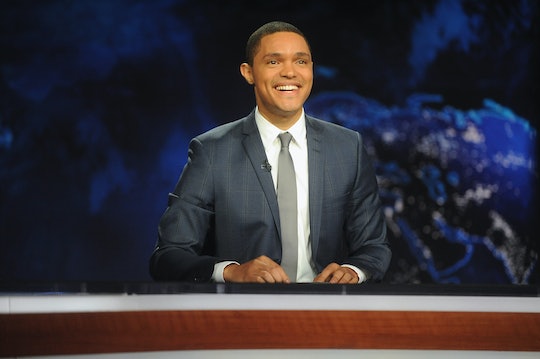 Trevor Noah Opens Up About His Emergency Appendectomy, & Says He Finally Gets How Insane American Healthcare Is

Looks like The Daily Show host Trevor Noah just got his first taste of the complicated American healthcare system. Earlier this week, Noah underwent an emergency appendectomy and had to take Wednesday night off — leading viewers to see an encore performance instead. By Thursday, Noah was back on air and had some choice words about the lengthy waiting process he had to endure before receiving medical attention (and it's one that we know all too well).

"It was an interesting experience going to the emergency room, I'm not going to lie — although I don't know if emergency room is the right term," Noah told the audience. "Because they make you wait — I feel like there should be two rooms: a room for emergencies, and a room for people who can fill out forms."

Watch Noah talk about his experience in the video here, which was posted on the Comedy Central website.

Noah wasn't the only host to receive medical attention recently. Late last month, The Tonight Show host Jimmy Fallon injured his right hand after he tripped and fell while holding a bottle of Jagermeister at an awards ceremony at Harvard University in Cambridge. (Yep — true story.)