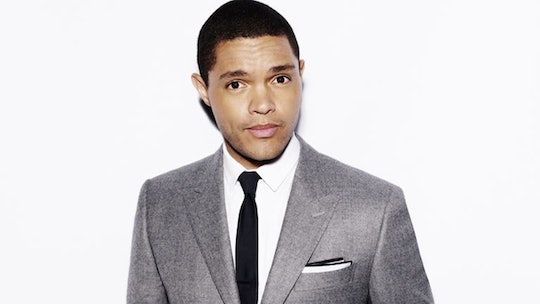 Comedy Central's The Daily Show had it's live election episode on Tuesday night. And it's host, Trevor Noah, was "very much afraid" that Donald Trump could win the electoral vote. The show was called "Democalypse 2016," a fitting title considering the strong disdain he has for the now elected president. When the show started airing at 11 p.m. ET, Trump had already won North Carolina and was suspected to win Florida, as well. As a result, Noah and the show had to be fast on their feet, quickly determining how they should run the show.

Noah held nothing back when keying audiences into his emotions on the election.

"It feels like the end of the world. I’m not going to lie, I don’t know if you’ve come to the right place for jokes tonight. Because this is the first time throughout this entire race where I am officially sh-ting my pants. I genuinely do not understand how America can this be disorganized or this hateful. I don’t know which one it is."

In spite of his reaction to the potential electoral outcome, he did manage to sprinkle in some jokes here and there. Noah made a Game of Thrones quip, called Trump "a racist sunset," and brought up the Mexican peso.

"I mean, right now, I don't know if you've seen this, the Mexican peso is crashing, that's what's happening to Mexico's currency, which means if Donald Trump wins, Mexico can't afford to pay for that wall."

The host wiped off his metaphorical makeup a bit when he admitted: "I can't front: I am very much afraid." MTV senior political correspondent, Ana Marie Cox, shared his stance on the matter.

"I’m really heartbroken. This is not the country I hoped it was. We are more divided, we are more racist and we are more sexist than I believed.… It’s not funny and it’s not something to laugh about."

Not something to laugh about, indeed. The usually comedic host had only dark humor to offer his viewers. Noah then showed stills of the Trumps voting, the Trump men peered over at their wives as if to ensure that their spouses were voting for their family's side. Noah then acknowledged and teased Hillary Clinton's thoughts after voting, and how she felt "humbled." Noah called "BS," "seeing your name as president, that's like the opposite of humbling," he went on. "Now Hillary's like 'no, no I'm really humbled now.'" Watch a few minutes of the show here.