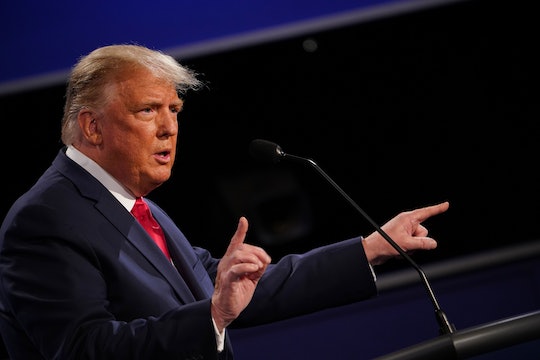 During the (thankfully) last presidential debate between President Donald Trump and former Vice President Joe Biden, discussion turned to family separation at the border and the 545 children in U.S. custody whose parents cannot be found. At one point, President Trump claimed that these children are "so well taken care of," prompting a quick and heated response on Twitter.

A recent filing by the American Civil Liberties Union (ACLU) claims that of the 1,030 children who were separated from their parents at the U.S./Mexico border by authorities, the parents of 545 could not be found. The ACLU believes that approximately 66% of those parents have likely been deported.

The Trump administration's family separation policy began in late 2017 after a pilot program some months earlier. Undocumented migrants, including asylum seekers, were detained under the "zero tolerance" policy. Children, including hundreds who were reportedly under the age of 5, were forced into the care of the U.S. Department of Health and Human Services. Previously, families were either paroled to await an immigration hearing or detained together.

After facing a growing number of reports of children in squalid conditions and even a rebuke from the American Academy of Pediatrics, urging the end of family separations, the Trump administration suspended the policy in June 2018. But confusion has still prevented the reunification of all families affected. The issue, one of basic humanity, remains hotly discussed and debated, and Twitter immediately responded.

Many pointed out that the (debatable) quality of the facilities that house children separated from their parents is not the issue.

Perhaps no one's response was more poignant, or gutting, than this tweet from former Democratic presidential hopeful Julian Castro:

Many also made note of Trump's response to Biden in this brief exchange.

"You have 525 kids not knowing where they're gonna be who lost their parents," Biden said. To which Trump replied, "Good."