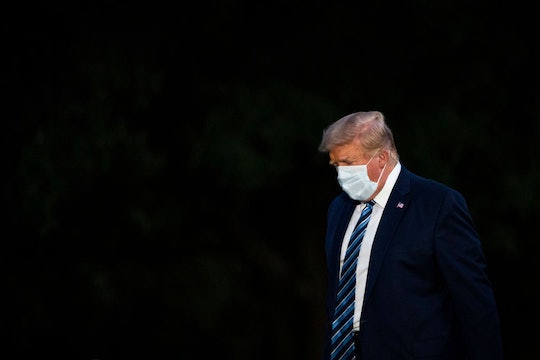 After being hospitalized for COVID-19, President Donald Trump feels “better than he did 20 years ago” thanks in part to an antibody-cocktail and a new drug called Remdesivir, which were developed with the use of fetal cells. This, in and of itself, is unremarkable. Many medical advances were developed using cells donated from abortions. What is significant, however, is that Trump’s use and praise of the treatments stands in apparent contradiction to his administration’s policies on both the use of fetal tissue in research and development — which was severely restricted last year — and abortion.

According to reporting from the New York Times, the treatments administered to the President were developed through the use of a cell line known as 293T, which originated from the kidney tissue of an abortion performed in the 1970s. (Those who have read The Immortal Life of Henrietta Lacks with their book club may recall the concept of “immortal cells,” which can be perpetually replicated in a lab.)

It would be tempting, cathartic even, to let this sit as another “gotcha” moment in a long parade of Trump’s contradictions. But in addition to highlighting the blaring hypocrisy of this administration, it also stands as a reminder of the importance and history of fetal and embryonic cells in medical research and development, abortion, and the misunderstandings that surround both issues.

The Trump administration's staunch position against abortion — echoed by the majority of Republican lawmakers and Conservative voters — is well known. From executive orders to record-breaking appointments of Conservative judges to federal courts, including the Supreme Court, court has stated that his goal is for Roe v. Wade to be overturned, which would automatically trigger most states to lose the legal right to abortion.

But it's not just abortions that this administration is hostile towards, but the use of fetal and embryonic cells, even existing cells, in medical research and development at all. Last year, the Trump administration announced that it would no longer allow government scientists working for the National Institutions of Health (NIH) to conduct studies that use fetal tissue lines created after June 2019, which resulted in the diversion of tens of millions of dollars away from research into diseases like Alzheimers, diabetes, and HIV. This year, the Human Fetal Tissue Research Ethics Advisory Board rejected 13 of 14 grant proposals to non-NIH groups seeking funding. Scientists warn of the consequences of such restrictions, not just on future research and development, but for promising new treatments already in progress.

Fetal and embryonic cells are used in research and development, including several potential COVID-19 vaccines, and have been used since the 1930s primarily for three reasons: they are malleable human cells, possessing the unique ability to become any cell in the body, and replicate quickly. In many cases, there is no alternative that works as well. Despite wild-eyed accusations of harvesting and selling “baby parts,” the donation of these cells can only be requested after the person has already opted for an abortion, per Federal Guidelines. Neither the person donating the fetal cells, not the abortion provider can specify where the cells go or how they’re used. Neither can receive compensation for their donation. Cells generally come from elective abortions—due to the higher rate of genetic abnormalities, cells from spontaneous abortions aka miscarriages are often unsuitable for research purposes.

Put plainly: cells are donated from abortions that were going to happen regardless and, as a result, provide vital material for scientists to improve, and even save, lives.

There's nothing wrong with a person using these treatments. Remdesivir has been found effective against COVID-19 particularly, many scientists believe, given early in the course of the illness, as was the case for Trump. But while the President and his doctors had the access and choice necessary to administer this life-saving drug, his administration routinely seeks to deny access and choice not only to the scientists seeking to develop medical treatments via the use of fetal and embryonic cells, but the abortion services that made the treatments possible.

An earlier version of this article referred to Remdesivir as being the treatment President Trump praised. While Trump was later treated with Remdesivir, he was speaking of a cocktail of monoclonal antibodies; this article has been edited to reflect that. Both treatments were developed through the use of fetal cells.