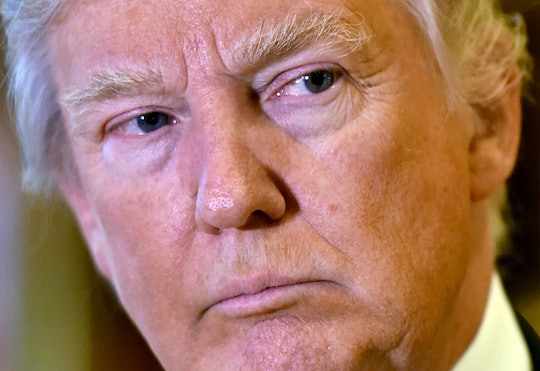 In case you missed it, earlier today news broke of (even more) Russian interference with the 2016 Presidential election. As CNN reported, directors from four top U.S. intelligence agencies are in the possession of as-of-yet unverified evidence that could point towards a possible blackmail scenario between Russia and President-elect Donald Trump. As expected, Trump responded to the Russia dossier on Tuesday night in a manner not wholly unexpected.

While Trump refusing to acknowledge the legitimacy of major news outlets' reporting isn't anything new, this new outburst is still somewhat shocking. The truth of the matter is that not only has CNN reported on this, but so has The New York Times, CBS, and more. The truth of these claims, reported by so many newspapers and other sources, needs to be taken seriously.

Because this isn't, as Trump would like us all to believe, merely some "political witch hunt." No, this is crucial information that has the potential to do some serious damage to Trump and his credibility among his supporters. The people behind these claims aren't looking to harm Trump, or his credibility. Actually, one of the directors, James Comey, cam under fire last year for releasing un-solidified information about Hillary Clinton that was potentially damaging to her campaign.

While, of course, this new information wouldn't shed any positive light on Trump, it is still the responsibility of our leaders (and future leaders) to be honest. But Trump's insecurities shine too bright for that. So, naturally, he's refusing to take it seriously, or even address it. Instead, choosing to call it "fake news," and angrily tweet his childish feelings.

What's really annoying about his reaction, though, despite his all-caps, angry tone, is his usage of the term "fake news."

Because this past election cycle has brought up so much in-depth reporting and investigations into the severity of fake news, something that tends to be the stuff of Trump supporters, the fact that Trump is just now calling out a news story for being "fake" is upsetting.

Of course, Trump has long disagreed with mainstream media, tweeting that "media is fake" after Meryl Streep's Golden Globes speech, but now, he's taking his reactions to a new level.

Trump has refused to acknowledge the actual fake news story that was circulating about Hillary Clinton, and led to a gunman entering a DC restaurant, but now, that actual evidence is being brought to the table, he gets involved.

Whatever Trump does, though, he can't escape the truth. Not for long, anyways.