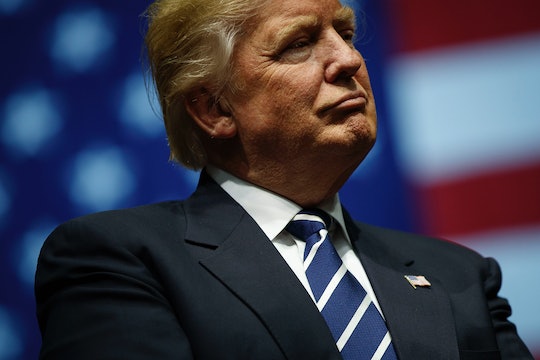 Trump Says Nobody Knows If Climate Change Is Real, Surprises Scientists Who Know It's Real

During an interview with Fox News Sunday, President-elect Donald Trump said nobody knows if climate change is real — despite an overwhelming consensus in the scientific community that climate change is indeed happening and almost certainly attributable to human causes. Blaming both the Environmental Protection Agency and eco-friendly regulations for a lack of foreign investment in the country, Trump said he was "still open-minded" about the reality of climate change. He also argued that the current administration's policies regarding environmental regulation had done more harm than good.

"Nobody really knows," Trump told host Chris Wallace, according to The Washington Post. "Look, I’m somebody that gets it, and nobody really knows. It’s not something that’s so hard and fast. I do know this: Other countries are eating our lunch."

He went on to link environmental regulations with economic woes in the country:

If you look at what — I could name country after country. You look at what’s happening in Mexico, where our people are just — plants are being built, and they don’t wait 10 years to get an approval to build a plant, okay? They build it like the following day or the following week. We can’t let all of these permits that take forever to get stop our jobs. ... EPA, you can’t get things approved. I mean, people are waiting in line for 15 years before they get rejected, okay? That’s why people don’t want to invest in this country.

The thing is, Trump's claim that "nobody really knows" if climate change is occurring or not is simply untrue. According to NASA, at least 97 percent of actively publishing climate scientists agree that it's "extremely likely" that climate change is due to human activity. The majority of leading science organizations around the world have issued statements that support both the existence of climate change and humanity's hand in it.

Trump's transition team also reportedly distributed a questionnaire at the Department of Energy on Friday that included a few unorthodox questions. According to The New York Times, the questionnaire asked for the names of employees who had attended climate policy conferences, along with any emails and documents related to those conferences. The questionnaire has drawn concern from civil rights lawyers, who told NPR that the questions seemed like an attempt to influence research at the department. Romper has reached out to a transition spokesperson for comment and is awaiting a response.

Trump may say he's open-minded when it comes to climate change, but from his actions and those of his transition team, it seems like he has already drawn his own conclusion — and it's one that stands in stark contrast to the opinion shared by the world's leading scientists.