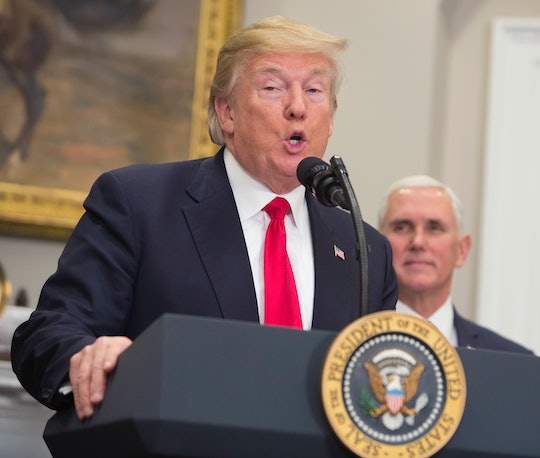 Here Are The Most Meme-Able Moments From Trump's First SOTU

Well folks, it's officially that time of year. No, it's not the Super Bowl (yet), and the Grammys have already come and gone. No, no. I'm talking about the thing that happens once a year and we all watch begrudgingly. Yes, the State of the Union, y'all. And all of the Trump State of the Union memes from this year will definitely have you laughing, although whether those are tears of joy or despair, that's your call.

OK, obviously, the State of the Union is a pretty serious event, and Trump's speech will be analyzed, criticized, and praised by many, but that doesn't mean that there aren't any meme-able moments from the evening. I mean, come on. When Melania Trump broke tradition by arriving separately from her husband? That was obviously going to become a meme, it was really just a matter of time, wasn't it?

Well, now that Trump's speech has come and gone, there are actually plenty of memes from Tuesday night to help fill that Obama-shaped hole in your heart. Because even though this presidency may be lacking in decency and dad jokes, it definitely isn't lacking in hilarity.

Politically speaking, Trump's State of the Union address was focused primarily on unity and bipartisan support. But in terms of memes? The evening might as well have been all about Trump clapping for himself as far as the internet is concerned.

One Of The Most Popular Jokes Online Was About Melania

Now, if you aren't aware of what the State of the Union is typically about, it's really all in the name. Basically, the president delivers a speech to Congress and the rest of the country about where America is at at the moment. Additionally, the president usually outlines his goals for the nation and the entire event is actually constitutional. And while that might not sound like the most interesting thing in the world, it actually is.

Before Trump Got To The Capitol, Everyone Was Making The Same Joke

Multiple news outlets ran a banner along the bottom of the screen that read something along the lines of, "Trump leaving White House." Now, obviously, that was just a meme waiting to happen.

Previously, before Trump became president, the State of the Union address was something many celebrities excitedly tuned into. Now, though, with so many of Trump's policies being protested by so many celebrities, the event is a little more tense. So, when Speaker of the House Paul Ryan almost said he "prevented" Trump from speaking, it's no surprise that many on Twitter were overjoyed to share the awkward/hilarious moment. 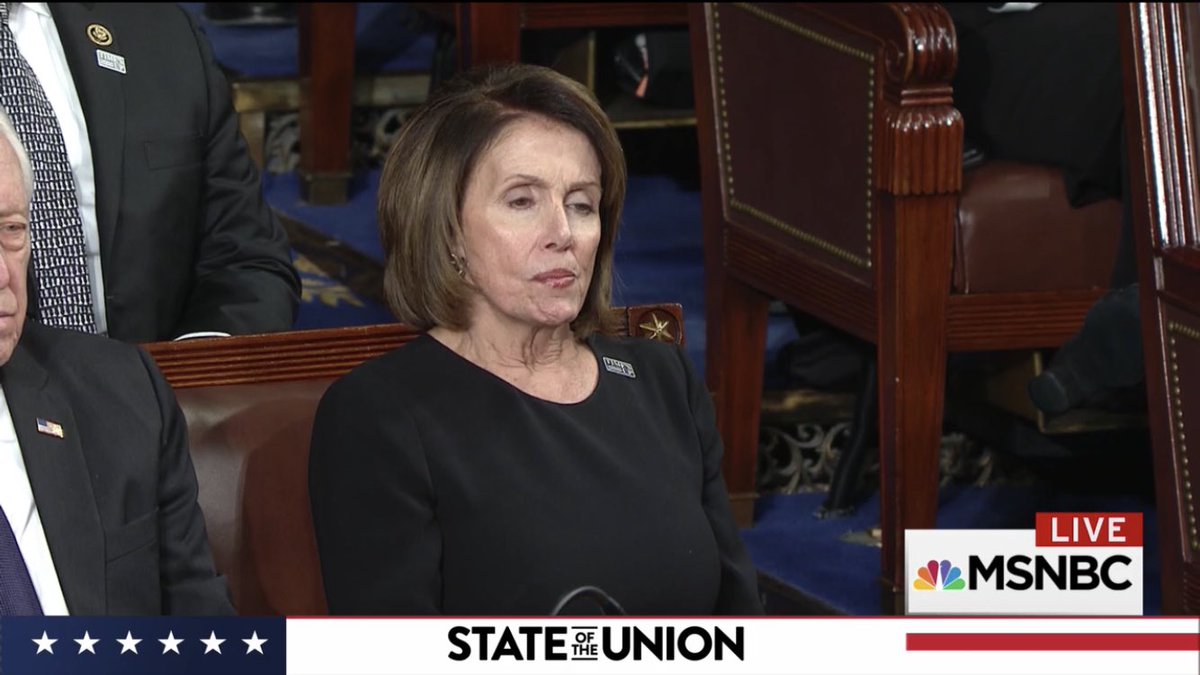 When Trump said that he wanted everyone in America to come together, the camera panned to several notable Democrats, including Pelosi. And while many in the room were clapping, Pelosi was not having it.

According to TIME, at a lunch event with reporters, Trump explained that his State of the Union Speech would be focused on bringing all Americans together. "Unity is what I’m striving for, to bring the country together," he said, according to the publication. And while making everyone giggle probably wasn't what he meant by wanting to bring the country together, that's kind of what happened.

So many people were watching the State of the Union, and while many were impressed by Trump's speech, many were also totally ready for the opportunity to turn one of his awkward moments into the perfect meme.

I mean, come on, lest we all forget the beautiful water bottle fiasco of November 2017? Oh, what pure beauty that was.

Given Trump's lack of political experience prior to his campaign, can we really blame him for his awkward behavior in front of cameras and his questionable speech tendencies? Probably. But nevertheless, they make for some great quality memes.

So, while the State of the Union might have been Trump's attempt to unite the country and earn some respect, the event provided many Twitter users and internet fiends alike an opportunity to come together and post hilarious photos and captions of the POTUS. Because in America, we're free to do that, and that's pretty darn great if you ask me.