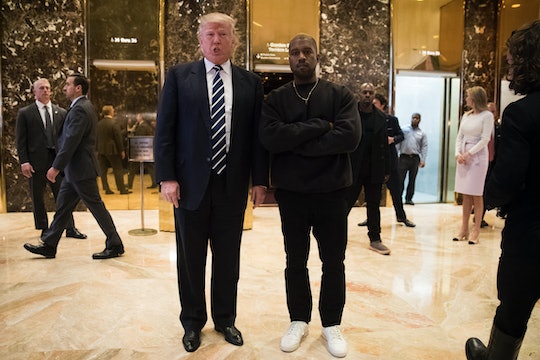 Seeing as he ran primary and presidential campaigns that were built upon an ability to capture an audience, it might be no surprise that President-elect Donald Trump's pre-inaugural moves are more of the same. As he invites Ray Lewis and Kanye West up to his gilded tower, Trump has offered hefty distractions from the bigger issues that face him, both immediately and in the future. Donald Trump's celebrity meetings aren't nearly as important as the things we're not talking about — real issues that are occurring on not just on a national scale, but a global one as well.

Trump's recent Cabinet picks have raised serious concerns in recent days. For one, the proposal of former Texas Gov. Rick Perry as Trump's secretary of energy could easily be seen as an ill-informed move. While seeking the Republican presidential nomination in 2011, Perry recommended cutting the energy agency, though when asked about it, he couldn't even remember the agency's name. Thus, many don't have full confidence that Perry's up for the job.

The nomination of ExxonMobil CEO Rex Tillerson for secretary of state has also been a contentious move. Tillerson, a businessman with no experience in political diplomacy, has close personal ties to Russia and Vladimir Putin. Both sides of the aisle have assured that Tillerson's confirmation isn't a given; Likewise, Democrats and Republicans alike have expressed concerns over Tillerson's stakes which give him a non-objective look.

As concerning as these nominations are, other parts of the world are facing much more dire circumstances. The Syrian cities of Palmyra and Aleppo have been dealing with undue conflict. Though reports claim that the battle in Aleppo is tentatively winding down, ISIS is moving on to other cities, targeting people with airstrikes and "a suspected gas attack." Palmyra fell to ISIS over the weekend, revealing the harsh reality that ISIS is very much alive and well, if only in reduced numbers. Perhaps Trump should focus more of his energy on efforts to fight ISIS rather than plan more stops on his "Thank You" victory tour.

Trump's meetings with celebrities are a source of much intrigue, but also a fascinating distraction from the real work at hand. Though one can only imagine what Trump's meeting with West entailed, and one could ponder all the tweets and memes that could and will come of it, there are real concerns with the forthcoming Trump administration; His keeping company with rappers should be the least of anyone's worries.