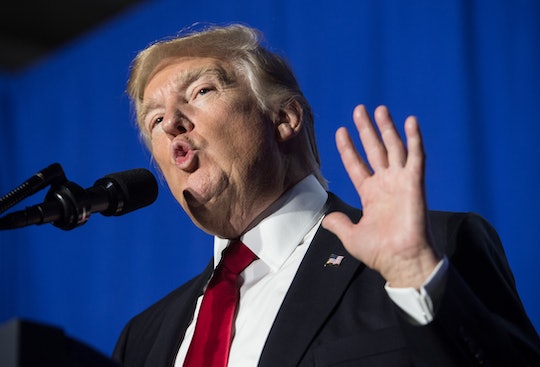 On Wednesday, Vox reported on four leaked drafts of White House executive orders. One of the unverified documents appears to target unauthorized immigrants directly: President Donald Trump's immigration order reportedly affects DREAMers, who could lose their protections if the order goes through.

The Deferred Action for Childhood Arrivals program, which was instated by President Obama in 2012, granted temporary protection from deportation and a two-year work permit to immigrants who were illegally brought into the country as children. Immigrants between the ages of 15 and 30 who had no felony convictions or significant misdemeanors could apply for the DACA program, and many of those who were originally approved are now eligible for work permit renewal, according to the Pew Research Center.

Trump's immigration order, however, would effectively kill the future of the DACA program. The order, reportedly titled "Ending Unconstitutional, Executive Amnesties," would allow work permits already issued to remain valid — but DREAMers would no longer be allowed to renew their permits after their two years were up, according to Vox. On top of that, any DREAMers who chose to leave the country, even if they were still protected by DACA, would not be allowed back into the United States.

Romper has reached out to the White House regarding the unverified draft of Trump's immigration order, but has yet to hear back.

Part of Trump's 10-point immigration plan was to "immediately terminate President Obama’s two illegal executive amnesties," according to his campaign website. "Anyone who enters the U.S. illegally is subject to deportation," his website read. "That is what it means to have laws and to have a country."

During a Time interview in December, Trump appeared to soften his stance on the DACA program, but did not provide an alternative plan, saying:

According to the Huffington Post, over 740,000 people rely on DACA protection. If the unverified draft of Trump's immigration order is indeed real and does get signed, DREAMers could lose their protections. By January 2019, according to Vox, all DREAMers would be subject to deportation and the DACA would effectively be phased out. Unless a replacement bill is pushed through to replace DACA or Trump's order is somehow reversed, a future in the United States could soon look quite grim for immigrants who thought they would be able to stay out of the shadows thanks to Obama's executive action.