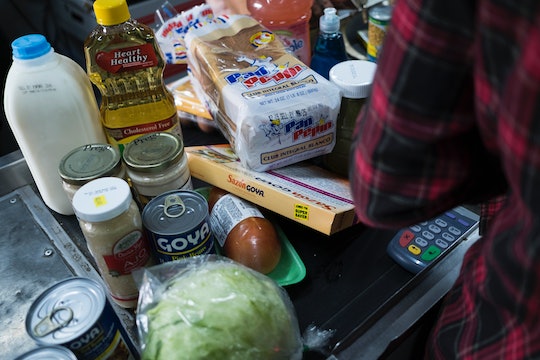 A federal judge has blocked the Trump administration from implementing a rule that would have cost nearly 700,000 unemployed people to lose access to the vital food-purchasing assistance provided by the Supplemental Nutrition Assistance Program (SNAP). In a 67-page ruling released Sunday, Chief U.S. District Judge Beryl A. Howell of Washington, D.C. deemed President Donald Trump's proposed food stamp cuts to be "arbitrary and capricious" and condemned the Department of Agriculture for failing to justify or address how removing states' ability to waive the program's work requirements would impact families and individuals who receive benefits.

"[The rule] at issue in this litigation radically and abruptly alters decades of regulatory practice, leaving States scrambling and exponentially increasing food insecurity for tens of thousands of Americans," The Washington Post reported Howell wrote in her ruling. According to the paper, the judge then went on to say the Department of Agriculture had "been icily silent about how many [adults] would have been denied SNAP benefits had the changes sought . . . been in effect while the pandemic rapidly spread across the country."

Howell's ruling went on to claim the agency's "utter failure to address the issue" ultimately rendered the proposed action "arbitrary and capricious."

In December, NBC News reported the Trump administration was seeking to limit states' ability to waive work requirements for SNAP recipients with a proposed rule change that was, at that time, estimated to result in some 688,000 people losing access to food stamps. In announcing the rule, Agriculture Secretary Sonny Perdue framed it as an effort "to restore the dignity of work to a sizable segment of our population and be respectful of the taxpayers who fund" SNAP, NBC News reported.

But Trump's proposed change was far from popular even before the coronavirus pandemic left millions out of work. In January, a total of 19 states joined the City of New York and Washington, D.C. in filing a lawsuit to block the rule from taking effect.

When cases of the novel coronavirus began to surge in the United States, Congress moved to temporarily waive SNAP's work requirement after the coronavirus outbreak was declared a national emergency by the president. On Sunday, Howell granted summary judgement to the states, cities, and private groups that had challenged the rule, effectively blocking it.

New York Attorney General Letitia James deemed the ruling "a win for common sense and basic human decency" in a statement given to The Washington Post. James went on to argue the rule change "would have not only made it harder for thousands to feed their families and risk them going hungry, but would have exacerbated the public health crisis we face and the economic recession we are still in the midst of under President Trump."