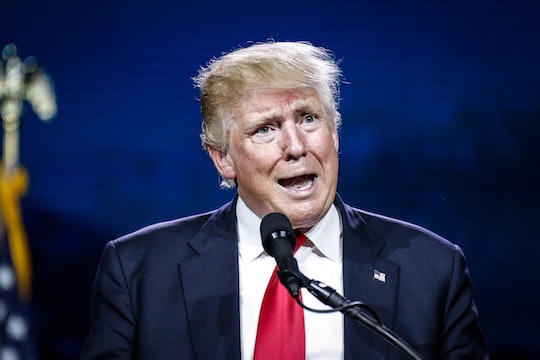 Former beauty pageant owner Donald Trump took to Twitter on Tuesday morning to comment on the results of the investigation into former Secretary of State Hillary Clinton's use of a private email server, and Trump’s reaction to the FBI’s Clinton email recommendation is just what you'd expect; the presumptive Republican nominee railed against what he claimed was a "rigged" system.

Clinton granted the FBI an interview on Saturday, according to the The Washington Times, and on Tuesday, the New York Times reported that FBI Director James B. Comey announced that the bureau will not recommend criminal charges against Clinton for her unauthorized use of a personal email address and server during her tenure as Secretary of State. While Comey did refer to Clinton as "extremely careless" in her handling of sensitive information, he also explained that criminal charges would only be appropriate if there were evidence that Clinton intentionally sent or received classified information, which there is not. "[N]o reasonable prosecutor would bring such a case," the director said in a press conference. In a pair of tweets, Clinton's bitter rival in the presidential campaign utilized questionable punctuation, a laughable nickname, and a hashtag that's likely to catch on only with his most fringe supporters.

"Crooked Hillary" has been Trump's preferred label for Clinton since April, and he's even gone so far as to launch a website called LyingCrookedHillary.com, which is devoted to Clinton's top 10 "Legendary Lies," although the site actually only lists three items, two of which are the same. The three "lies" listed, for those who are curious, are Benghazi, the email server, and the server again, but with slightly different wording. Having the FBI rule that she didn't actually lie, after all, is no doubt quite a blow to Trump.

The FBI's ruling isn't final, but Attorney General Loretta Lynch did say on Friday that the Justice Department would accept the FBI's recommendation in the case. Comey's recommendation against criminal charges wasn't without a strong scolding, however: "There is evidence to support a conclusion that Secretary Clinton should have known an unclassified system was no place for that information," he said, but he noted that no evidence of malfeasance on the part of Clinton or her attorneys was found during the yearlong investigation. An official announcement from the Justice Department is expected to be forthcoming, and then Clinton can finally put all of this behind her (mostly). Trump, maybe not so much.