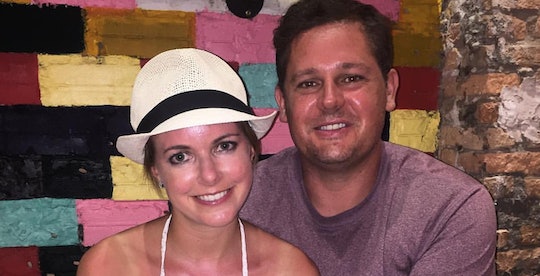 Truth Is, Quitting Smoking To Start A Family Is Really Hard

Ninety days have passed since I smoked my last cigarette. Even though I was happy — relieved to finally be quitting for good — I still inhaled every last smell and savored the taste till the ember burned out. I love cigarettes more than a lot of things, and giving up smoking has been one of the biggest challenges in my life. This isn’t the first time I’ve stopped smoking. I quit once for over a year, but was drawn back to my beloved cigarettes after a few too many drinks, and because I told myself I could have “just one.” (Turns out, I can’t.) But now that I am trying to get pregnant and hopefully soon will be growing a baby inside of my body, this really is the last time I will say goodbye cigarettes.

We all know that cigarettes have serious detrimental effects on the body — the Center for Disease Control and Prevention (CDC) reports that cigarettes cause nearly half a million deaths each year. About 90 percent of lung cancer cases can be attributed to cigarette smoking, and more American women die from lung cancer each year than they do from breast cancer. Smoking not only causes cancer, but can negatively affect every organ of the body, including the heart, blood vessels, reproductive organs, mouth, skin, eyes, and bones, according to the CDC. Smokers are also susceptible to diseases that make it incredibly difficult and painful to breathe, like emphysema and chronic bronchitis, the CDC noted. In sum, long-term smoking like I have done can have profound effects on one’s body, but the good news is that a lot of this damage can be reversed: the National Cancer Institute reports that smokers who quit by age 40 can lower their risk of dying prematurely from smoking-induced diseases by 90 percent.

I know in my head that quitting smoking because of these risk factors to my health and to my unborn baby’s health is the right thing to do, but that doesn’t mean doing so isn’t incredibly difficult. Quitting for good feels like a breakup.

I want my body to be as strong as possible before I begin the rewarding but no doubt arduous journey to motherhood, but even more importantly, I want to ensure my body contains healthy living conditions for my baby to grow inside. The CDC reports that smoking during pregnancy increases the likelihood of miscarriages, can cause a baby to be born prematurely or have low birth weight, and increases the risk for Sudden Infant Death Syndrome (SIDS). I decided to quit months before trying to get pregnant because studies (like this one published in the journal for Postgrad Med) have shown smoking can affect fertility in women and in men, which is why my husband also gave up cigarettes at the same time as me.

I know in my head that quitting smoking because of these risk factors to my health and to my unborn baby’s health is the right thing to do, but that doesn’t mean doing so isn’t incredibly difficult. Quitting for good feels like a breakup. And as with any breakup, I find myself concentrating on all the “good times” I’ve had with cigarettes, and what they have meant in my life on an emotional level. I tried a cigarette for the first time at age 15, a privileged girl from a cookie-cutter small town trying so desperately to rebel against the white picket fence I felt trapped behind. That’s what cigarettes represented to me at the time — they made me feel different, independent, less pedestrian.

There are memories and major events of my life inextricably linked to smoking. I met my husband because of cigarettes. I bummed a cigarette from him outside of a New York City bar and I remember watching him leaning against a brick wall taking a drag while gazing at me with his boozy, dreamy eyes, all the while thinking I’d never seen a man look sexier than he did in that moment. He asked for my number soon after we stubbed that first cigarette out.

I met my best friend because of cigarettes too. We were 17 years old at our college’s first-year orientation. I saw her sneak outside the auditorium with a pack of cigarettes in her hand, so I followed her and asked if she had an extra. From that day forward, we established a ritual of meeting outside of our dorm, chain-smoking cigarettes on a bench while we talked and laughed about our days.

Cigarettes helped distract me during thousands of awkward, uncomfortable, or painful moments throughout my life. When I fought with my husband (and the boyfriends before him), I could walk outside and take comfort in thinking of nothing else but how good that cigarette felt. If I was at a party with no one to talk to, I could step out onto the terrace and probably find the one other smoker there with whom I could strike up a conversation.

I want to teach my son or daughter to be brave enough to withstand suffering in life without relying on anything but your own inner strength and courage. I want to live long enough to see my kids grow and change. More than anything, I want to be there for them, no matter what they need. If I don't quit now, I can't promise any of that.

But the problem was I became dependent on cigarettes as an emotional crutch. I went to my pack of cigarettes first whenever I felt angry or upset, and the warm, calm, settled feeling they gave me when the nicotine hit my bloodstream distracted me from whatever negative emotions brought me there in the first place. But distracting myself from discomfort or pain doesn’t mean those feelings go away. By relying on cigarettes to get me through tough times, I sometimes avoided processing those emotions, and used cigarettes as a coping mechanism instead.

The gnawing need to have a cigarette after spending too many hours without dictated much of how I spent my time. When scheduling flights, I’d try to make sure my layover was in an airport with a smoking lounge (yes, they still exist in a handful of states). When I went to visit my parents, who believed I had quit years ago, I avoided activities that required more than three or four consecutive hours together, always looking for opportunities to escape for a few minutes and sneak a cig. I was too ashamed to tell my own parents I was smoking again, so I avoided them, choosing cigarettes over time with them, which, in turn, actually made me even more ashamed.

So it’s time for my physical, mental, and emotional dependency on cigarettes to end. I know that giving up cigarettes will not only prepare me physically for motherhood, but emotionally as well. I want to teach my son or daughter to be brave enough to withstand suffering in life without relying on anything but your own inner strength and courage. I want to live long enough to see my kids grow and change. More than anything, I want to be there for them, no matter what they need. If I don't quit now, I can't promise any of that.

Life without cigarettes will never be the same, but I already know it'll be better.