Turns Out, I Have No Clue How To Wean My Baby & I'm Cool With It

I started my breastfeeding journey without really knowing what exactly I was doing, and now that I'm ready to stop, I've realized I haven’t really a clue of how to wean my baby, either. I’ve been breastfeeding her for over 11 months now, so we’re nearing the one-year mark and ready to make the transition to cow's milk. (The American Academy of Pediatrics does not recommend the introduction of cow's milk into an infant's diet before 12 months old.) I don’t want to entirely cut out all breast milk once my daughter hits 1 year old, but as we’ve gotten closer and closer to her first birthday, I’ve been following my daughter’s cues and my own instincts for the amount of breast milk she needs. Even though I haven’t read a single article on how to wean her and I’ve never asked her doctor about it, I’ve realized that letting it happen naturally between me and her is how I’ve come to love this whole breastfeeding process. Instead of putting timelines and schedules on her feeding routine, I’ve just done what feels right for her based on her signals and my desires in the give-and-take relationship we have. And that's exactly the "method" I'm going to take when it comes to weaning her.

When my daughter was first born, she breastfed frequently, almost every hour, but after a week or so, she breastfed a little less. Around 6 weeks old, we got on a three-hour feeding schedule. She began sleeping for six-to-eight hours uninterrupted at night around that time too, so she was breastfeeding usually about six times a day. This system lasted until she was around 6 months old, and even after we'd introduced baby cereal and other foods around 4-and-half months old. 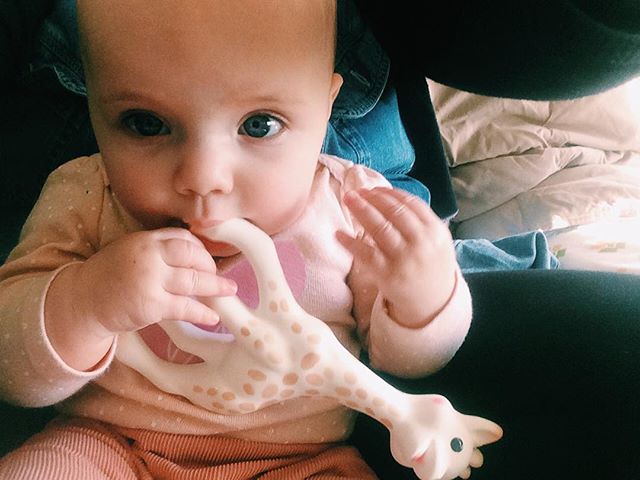 When she first began eating pureed fruits and vegetables, the typical breakfast, lunch, and dinner times began to take shape. At those times, I'd feed her baby cereal after her “breakfast” milk around 9:30 a.m., which was her second breastfeeding session of the day. Then I’d feed her a tub of baby food for lunch around 12 p.m. and she'd breastfeed afterward. She’d breastfeed again around 3 p.m., and then I’d feed her more baby food for dinner around 6 p.m. with breast milk afterward. Before bed, she’d have breast milk again.

Eventually, between 6 and 8 months old, I replaced the mid-morning and mid-afternoon breastfeeding times with snacks — the afternoon-breastfeeding session was the first to go. By this time, my daughter already had four-to-five of her baby teeth in and she was showing a ton of interest in food. She'd eagerly watch me eat, mesmerized by the fact that I put food into my mouth. She was also eager to use her developing pincher-grasp skills on baby puffs, teething wafers, and bananas —lots and lots of bananas! At first, I wasn’t sure if puffs and wafers and a handful of sliced banana was enough to satisfy what had previously been filled by 10-15 minutes of breastfeeding, but after a couple of days on solids, she wasn’t fussy and didn’t seem bothered by the switch. She moved onto playing or whatever it was we were doing without skipping a beat.

Following my daughter's lead and going with what feels right in this process validates both my child's ability to figure out her own preferences and my efforts in this particular part of my parenting journey.

When I saw she could happily go without (and wasn't showing any signs of still wanting to breastfeed at that time, I switched to feeding her baby cereal first, followed by breast milk for her mid-morning “breakfast." From there, I fed her a bigger and bigger amount of breakfast, adding a pureed fruit tub to her cereal, and soon she was eating a sizable portion and spending less time breastfeeding afterward. When she was spending only a couple of minutes breastfeeding after breakfast, I decided not to offer her the breast to see how she’d handle it. It was clear her hunger was satisfied so we quickly went down to only breastfeeding four times a day. 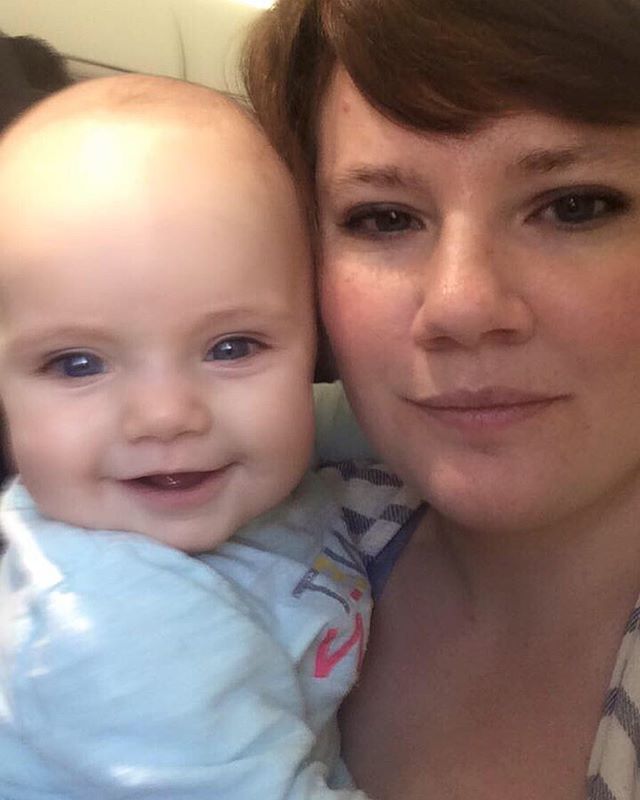 Around 9 months, I cut out breastfeeding directly after her dinner the same way I had during breakfast. She'd already been eating so many more varied vegetables like beans and peas and fruits so I gave her increasingly larger and more varied foods at dinner. Coming up on 10 months old, she was only breastfeeding three times a day: early morning, lunch, and at bedtime.

I've been cool with not having a clue how to wean, because as it turns out, I don't need one. My daughter is doing all the work, and I'm just happy to follow her lead.

When she was 11 months old, I debated which breastfeeding session would be the next to cut out and when. I wondered if it should be the bedtime feeding, because then I wouldn’t always have to be the one to put her to bed. Though I loved our bedtime routine, I had to be honest with myself that sometimes I would've loved to not have to do it. I then wondered if the next breastfeeding session to go should be the early morning, get-brought-into-our-bed-from-hers, go-back-to-sleep session. But in the end, it made more sense to me to try cutting out her lunchtime milk. I would've much preferred to get rid of the morning or bedtime breastfeeding sessions, but it wasn't worth upsetting her going to sleep or back-to-sleep routine. She essentially weaned herself from her daytime breast milk. When she was suckling for less than a minute, I knew she had lost interest.

Following my daughter's lead and going with what feels right in this process validates both my child's ability to figure out her own preferences and my efforts in this particular part of my parenting journey. It makes me feel good to know following her cues is working, despite the fact that I've never done this before, and it's also helped boost my confidence as her mom. Also, since I control the parameters of this particular method, I never have to worry about whether or not I'm doing it right or wonder if it's OK if it doesn't look like someone else's weaning process. I've been cool with not having a clue how to wean, because as it turns out, I don't need one. My daughter is doing all the work, and I'm just happy to follow her lead.

We're two weeks shy of my daughter's first birthday and we're still breastfeeding twice a day. She only breastfeeds in the early morning and just before bed, and I’m not in any hurry to wean her off these sleep-associated feeds because my philosophy is that she'll come off of these in her own time. I trust my daughter. As long as I am in a good place and enjoying breastfeeding past the one-year mark, I am happy to let her take her time while she figures out what she wants.

The point is I feel proud that I’ve navigated the first part of the weaning process as a first-time mom with my own instincts. I have no regrets, and I wouldn't change a thing.