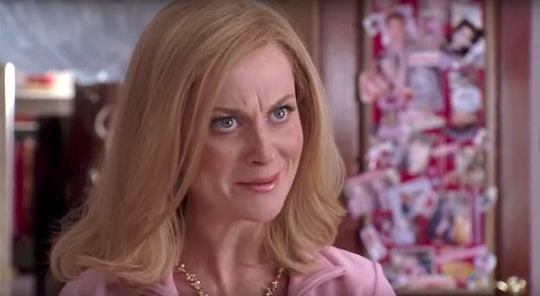 Turns Out You Can Make Your Kid Popular — Or Not

Now that August, the Sunday night of summer, is here, back-to-school is almost upon families all around the United States. And whether you have a 3-year-old headed to preschool for the very first time or a preteen about to start junior high, you certainly want your child to make strong new friendships and retain the old ones, too. And parents do play more of a role in that process than you may think. In fact, it turns out that you can make your kid popular — or not. But this isn't a matter of moms and dad marching into Junior's school and networking on his behalf. Instead, the ways that parents perceive their own childhoods and interact with their kids influences their kids' likability.

The idea of having such a profound effect on your kid's social life, which can help to determine who they'll be as adults, is pretty intimidating, right? Luckily, simply understanding how this works can help parents guide their kids in the right direction when it comes to making friends. Without directly intervening in their kids' interpersonal relationships, parents can use their knowledge and adjust their parenting styles to ensure that their little ones have the best chance of connecting with their peers.

First, for here's the 411 on how parents affect their kids' social lives without even meaning to. Dr. Mitch Prinstein, a clinical child psychologist at the University of North Carolina at Chapel Hill, shared his insight with Business Insider through an interview, a course he teaches, and the information in his book, aptly titled Popular.

One of Prinstein's most striking tidbits is that the way a mom remembers her own childhood can color her kid's childhood. Moms who remember having happier childhoods, for example, tend to have popular kids, studies show. But if a mom recalls a childhood characterized by hostility, her kids are less likely to be as well-liked among their peers. It's all because a happy mom would be more likely to intervene with her kid's relationships because she values them; an unhappy mom won't because those relationships are less important to her.

The list goes on. Kids with aggressive parents will take on that trait as well, and it's not one their classmates are likely to appreciate. Parents who successfully teach ways to regulate emotions — such as reacting calmly when a kid falls and hurts herself — set up their little ones for greater social success because the kids will pick up that skill. Parents who make sure that a kid feels secure with, but not 100 percent dependent on, his or her parents are raising more independent kids — a beneficial trait when it comes time for them to befriend others.

As much as it's important for parents to know how to help their kids make and keep friends, they also need to know when intervening is inappropriate. Michael J. Bradley, who wrote the book When Things Get Crazy With Your Teen, told the Chicago Tribune as much in a 2012 interview:

Parents should get involved in helping their child learn about the concept of popularity and friends. They should not get involved in making those things happen — the old helicopter parent thing. If you jump in and fix it there is zero learning on the part of the child.

So, if you have a first-grader who feels friendless and left out at school, Kim John Payne, author of Simplicity Parenting: Using the Extraordinary Power of Less to Raise Calmer, Happier, and More Secure Kids, told the newspaper, listen, ask questions, empathize, and guide him to another play where he can form connections, like the park.

Of course, there are a million factors that contribute to a kid's popularity – and being popular doesn't always equate to being kind, which some would argue is the most important thing. Pay attention to your child's cues, be there for them, and they'll be on their way to fulfilling friendships.