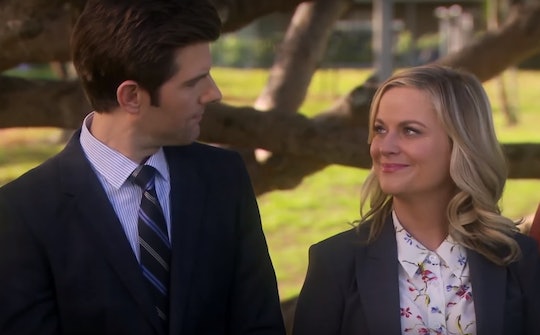 Whether going out for New Year’s Eve just isn’t your thing or you waited until the last minute to find a sitter, the typical party night really doesn’t have to be all about spending too much money and drinking your way into the new year. That’s probably why there are a decent amount of TV marathons to watch on New Year’s Eve instead of going out to be shoulder to shoulder with strangers in a crowded bar or club.

For some of us, there’s always the availability of Netflix or Hulu, but nothing beats being given a set marathon without having to click to skip the intro or spend most of the evening agreeing with your friends or partner on what to watch instead of actually watching it. But since there are some very different TV marathon, ranging from comedy to supernatural, there’s probably something in there that you can agree on. If a particular marathon ends too early for your taste, then you can switch to another one or even take that opportunity to fire up your streaming platform of choice. Before you do that, though, there are a few TV marathons to watch on New Year’s Eve first. Such as...

Twilight Zone’s marathon will run for exactly 48 hours, which is kind of intense, but also amazing since some of us may have forgotten how good these tragic supernatural or science fiction stories are. They were Black Mirror before it was a thing and they’re still as spooky as ever.

Long before moviegoers were enjoying the chemistry between Chris Pratt and Bryce Dallas Howard in Jurassic World, there were three movies in the original Jurassic trilogy that will each be replayed once during this marathon of sorts. We may have come a long way in terms of CGI, but you’ll still jump every time the T-Rex comes into frame.

Like The Office, I’ve probably rewatched Parks and Recreation more times than I care to admit, but since its marathon randomly picks up a the start of Season 4 and spans through three full seasons of the show, it’s a nice refresher without going all the way back to the beginning.

The Breaking Bad marathon will run in two different parts that start at the same time on both New Year’s Eve and New Year’s Day, but that just means that you’ll have time to rest between the two 11-hour marathons. Walter White would approve.

Watching almost 12 hours of Shark Tank might leave you convinced that you can make the next big thing in kitchen gadgets or cleaning tools. But a little inspiration never hurt anybody, and it’s always fun to imagine how much you’d invest in some of the more impressive products. You know, if you too were a multi-millionaire.

Speaking of being a multi-millionaire, you can live vicariously through all of the lucky lottery winners on My Lottery Dream Home as they not only get to bask in their monetary winnings, but also get to find the house of their dreams.

Before the marathon starts at 8:30 p.m. EST, FXX will first air The Simpsons Movie to get you in the mood. Of course, it might be a culture shock to then start your Simpsons marathon off with a much older season than is currently on-air, but it’s a legitimate classic.

Clearly, there are enough TV marathons to watch on New Year’s Eve to keep you off social media and prevent you from having any unwanted FOMO. But with good TV, a comfortable couch, and some seriously choice snacks and pizza, how was New Year’s Eve ever meant to be about partying away from home?