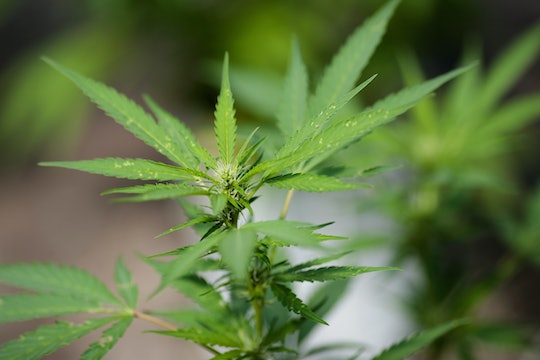 So far election night hasn't given America a whole lot to celebrate, as most people have spent it glued to the TV while hyperventilating with anxiety. However, the good people of California may be slightly more chill about this than the rest of the world. Tweets about California legalizing recreational marijuana show that America really just needs an escape right now. After years of pushing for it, Proposition 64 finally passed in California, making the recreational smoking of marijuana legal in that state. It is already legal in states including Colorado, Washington, Oregon, and Alaska, and the fact that it is now legal in California, the country's most populous state, could mean that it will soon be legal in more states throughout the country.

On a more immediate level, this is good news for the weed smokers of America because it is a really handy way to get through this nail biter of an election, and potentially the next four years if Donald Trump carries the day. Tweets about the Proposition passing show that more than anything else, people really just need a way to relax right now. Doesn't it always seem like good things come at the same time as the bad things?

California is already home to a huge percentage of the American people, with over 39 million residents. If we're all going to need weed to get through the next four years should Trump become president, perhaps California is going to have to make room for a lot more residents. At least, all of those who don't feel like moving to Canada just yet.

There were even some jokes about building a wall around the state of California, or perhaps having California secede from the Union after all and become their own sunny, liberal, weed-smoking nation that would not be led by Donald Trump.

None of the results of this election night were anything like what the polls and various media outlets predicted it would be. It was assumed that Clinton would win by a landslide, much in the way that President Obama did in 2008 and again in 2012. On CNN, comparisons between this year and 2012 show Trump performing much better in certain key areas than Mitt Romney did, and Clinton performing less well than Obama. This unexpected turn of events has led to nationwide shock and disappointment from the Democratic party, and certainly from the overwhelmingly blue state of California. At least they'll have a little something to (legally) comfort themselves with.