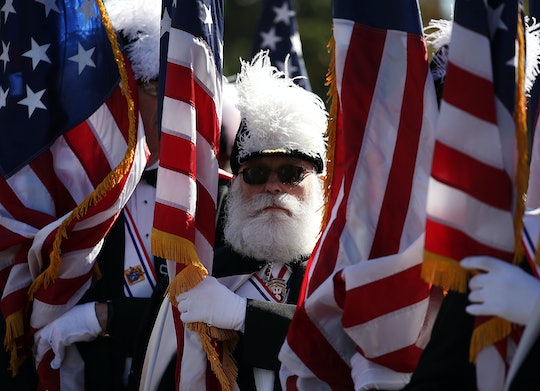 Christopher Columbus is an historical figure who has received mixed reviews. Once credited with "discovering" America, the Italian explorer was a symbol of national and ethnic pride for millions of Italian-Americans. But historians have widely debunked claims that Columbus discovered America and instead say he enslaved and mistreated indigenous peoples who were already living in North America. One look at these tweets about Columbus Day shows the differences between people's attitudes toward the holiday and how divisive his role in American history has become since 1492.

Columbus Day is being phased out of cities across the country in favor of "Indigenous People's Day" as a way to recognize Native Americans who were here long before European explorers planted their flags. Large cities including Phoenix, Denver, and 24 others that have decided to honor Native Americans on the same day in October the federal and many state governments honor Columbus Day, according to the Washington Post.

New York City traditionally holds the largest Columbus Day celebration, with a parade that was expected to include an astonishing 35,000 marchers, and more than a million spectators, according to WABC in New York.

Take a look at a few tweets about how people are feeling about Columbus Day across the country.

Some consider it a matter of pride in their heritage.

This guy wants to point out that Columbus would have been in big trouble without the Native Americans.

It is kind of funny to think you can "discover" a place where people are already living.

It's fair to just be happy for a day off.

Here's another claim Columbus that wasn't such a big hero.

For those railing against undocumented immigration, here's a reminder that Columbus was the first "undocumented" immigrant.

Yes to all the three-day weekend opportunities.

Italian Americans are concerned that by losing Columbus Day they are also losing an opportunity to celebrate their heritage. Italian-American Ann Marie Hughes told Voice of America:

By losing Columbus Day, communities may lose their celebration of Italian-American culture. I am sensitive to the feelings and needs of indigenous people in our country, and can understand why Columbus Day is offensive. I would like a day where Italian-Americans can celebrate their culture without having it tied in with someone responsible for so much suffering in North America.

She added that St. Joseph's Day on March 19 might be a good alternative.

Maybe Columbus Day really is on the way out. Until then, it's nice everyone has Twitter as a way to work out their feelings on the holiday.