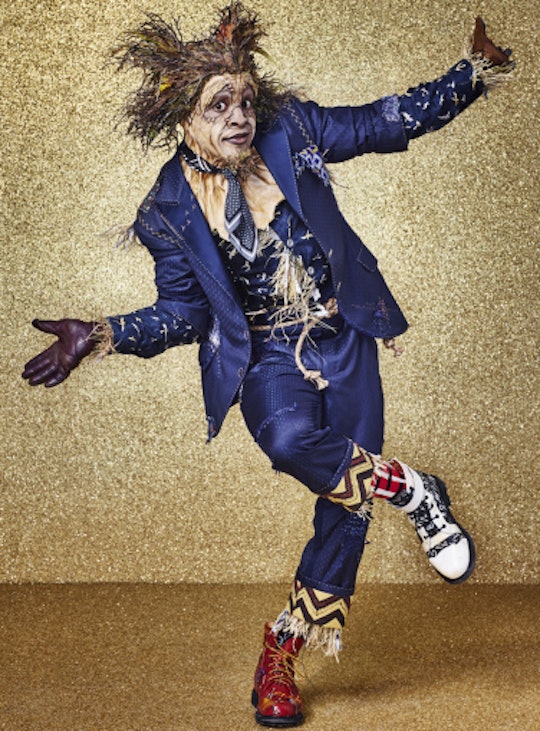 Tweets About Elijah Kelley's Scarecrow Mask On 'The Wiz Live!' Prove It Is Utterly, Utterly Terrifying

So, as it turns out, The Wiz Live! was a far better live musical experience than NBC's previous productions of Peter Pan and Sound Of Music. And much of that is thanks to the insanely stellar cast, led by the likes of Shanice Williams and Queen Latifah. But there's one thing about the show that is putting some off ease (on down the road). And that's Elijah Kelley's Scarecrow mask in The Wiz Live!, which perhaps might be the most terrifying costume Hollywood has ever produced. (Sorry, Saw.)

Of course, it's the only thing that's scary about Kelley's performance. The actor, singer, and dancer proved he could keep up with Michael Jackson's iconic, original performance of the Scarecrow — and during a live show, none the less.

But, still, for a child-friendly program, well... let's just say Kelley's mask was far, far scarier than any man behind the curtain could ever be. And, based on the tweets that made their way onto the Web during the The Wiz Live!, which was Twitter's no. 1 trend before the show even began, the Internet definitely agrees.

But, that's exactly why some viewers loved it.

And it likely has its benefits.

At the very least, no one could argue with the fact that Kelley's voice and performance is terrifyingly amazing.