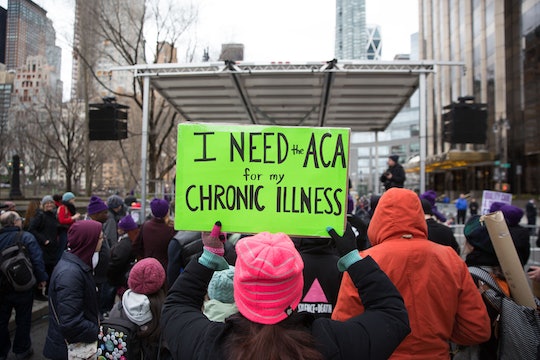 Tweets That Show How Bad The AHCA Really Is

After a long, strenuous battle, the Republican alternative to the Affordable Care Act has passed in the United States House of Representatives. Dubbed the American Health Care Act, the first iteration of the legislation originally made its debut in March but failed to pass due to what far-right members of the GOP believed were nagging similarities to Obamacare. Conservatives dragged it, resulting in the new version of the AHCA that could potentially strip millions of Americans of their insurance. Now that the AHCA has officially passed in the House, it will head to the Senate for debate and another round of voting. Hopefully, it will die there, but that might not be the case — and these tweets about the AHCA passing the House prove just how devastating would be for so many Americans, if it does pass the Senate as well.

The AHCA narrowly passed in the House by a slim margin this week, though that didn't stop House Republicans from celebrating. Reports indicated that they had beer brought to the Capitol to toast their "victory." But their "victory," could actually prove to be deadly to the majority of Americans. The new version of the bill would eliminate coverage for those with such "preexisting conditions" such as chronic illnesses, sexual assault, C-sections, pregnancy, and domestic abuse, among a myriad of other things.

Here are the most powerful tweets about the AHCA passing that show just how much of an impact it would have on far too many people: