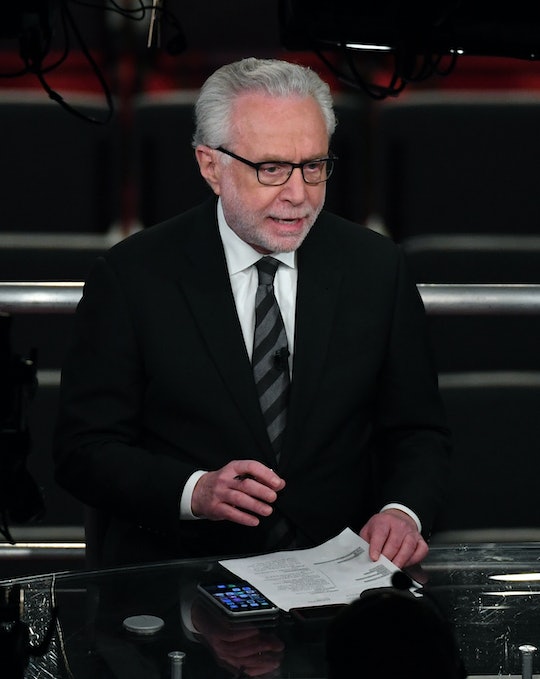 If you're one of the thousands of Americans tuning into CNN's coverage on election night, chances are you've become very familiar with one sound bite in particular: namely, CNN anchor Wolf Blitzer announcing a "Key race alert!" before updating viewers on poll developments in different states. While the updates have been helpful in keeping viewers informed by the minute — thank you, Blitzer — tweets about Blitzer's key race alerts have also brought some much-needed humor to election night.

In all fairness to Blitzer — and everyone else in the media covering the election — it's hard to have breaking updates by the minute, every single minute, since most states still have votes rolling in. After all, until a certain number of ballots are counted, it's hard to call a worthwhile projection. Judging by the frequency of "key race alerts" being announced, however, the media is very aware that Americans are chomping at the bit for election results and trying to supply updates as often as possible, which is both admirable and understandable.

That said, every time I hear the words "key race alert," my heart stops and I expect to hear Florida results, only to realize that not all of the polls in the state have closed and that Blitzer is only informing us that it's too close to even remotely call. To counter my Florida anxiety, I scoured Twitter for some of the best "key race alert" tweets and memes out there. Hopefully they can help you manage your Florida anxiety, too.

Viewers' feelings of frustration were compounded by "breaking news" updates that only actually announced that several states were too early to call.

By the end of the night, it seems like CNN viewers will either be tuning all "key race alerts" out, have DJ Khaled songs stuck in their head, or will announce everything they do with a "Key race alert!" before it. ("Key race alert! I'm grabbing another glass of wine to get through election night.")

In all seriousness, though, it's been a very tense, stressful election cycle — and election night has been no different. Being able to have a sense of humor about election coverage and the major anxiety people are experiencing as they endure it is a great reminder that we can have some fun as we get through this major hurdle. So, for those who have already voted, please keep up the jokes on Twitter. We all definitely need it tonight.