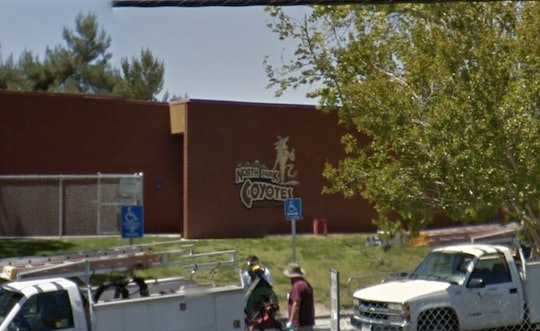 In what authorities called a possible murder-suicide, a shooter walked into the North Park Elementary School campus in San Bernardino, California on Monday afternoon and opened fire, according to KTLA 5. The outlet reported that the shooting took place in a classroom, and that two students were transported to a local hospital following the incident. Now, tweets from the North Park Elementary shooting spree show the shock and grief from witnesses on the scene, as well as people reacting to the news on social media.

UPDATE: Authorities noted in a press conference on Monday that two adult victims, a male shooter and a female teacher, had died as a result of their injuries. The shooter's injuries were self-inflicted. Two students were also transported to a nearby hospital for treatment, though authorities did not say whether their injuries were a result of gunfire or otherwise. Students were taken to the nearby University of California San Bernardino to await pick-up; Parents were being held at Cajon High.

EARLIER: ABC News reported that at least four people were being treated for injuries as a result of the shooting at North Park Elementary School, according to San Bernardino Police Chief Jarrod Burguan, who wrote about the incident on Twitter. The suspect in the shooting is "possibly down," Burguan said.

ABC News also reported that the school is currently on lockdown, with other schools in the area placed on precautionary lockdown, according to San Bernardino City Schools Communications Officer Maria Garcia. Students at the school are being taken to Cajon High School for their safety, Burguan said.

According to the Los Angeles Times, the gunfire occurred just after 10:30 a.m. Pacific Time. "The shooting is believed to be a domestic dispute," Garcia told reporters.

"Take a second and pray for everyone in San Bernardino. In moments like this, they are all of our children," Twitter user @RedTRaccoon tweeted.

"Love to those in San Bernardino right now. Here are some helpful suggestions on how to help your child deal with this tragedy," the Twitter account @educatorsresist tweeted, along with an infographic with related tips.

"BREAKING: Multiple people shot in San Bernardino elementary school. Spokeswoman says 1 of 4 shot in classroom was teacher. Details emerging," the @TodaysLoop Twitter account posted, with a video from the scene (though this one is not graphic, be advised to watch any footage from the scene with caution).

Texas Congressman Joaquin Castro tweeted, "Horrible news coming out of San Bernardino today. My prayers are with everyone in the community there."

Sen. Kamala Harris also tweeted about the tragedy, posting, "Heartbroken over the shooting in San Bernardino. Praying for the injured & the families of those killed."

Photo Editor at Southern California News Group Rick Sfroza tweeted, "Patricia Brown waits to pick up her daughter at North Park Elementary in San Bernardino where there was an active shooter," with video of the mother in question looking distraught.

A candidate for Congress in California, Mike Levin, tweeted, "Thoughts and prayers to all in San Bernardino, a community that has experienced far too much tragedy." Levin was notably recalling the previous mass casualty incident in the city in 2015.

Users of the social media platform were spreading important information about the incident for parents as well, with Twitter user @sahluwal tweeting, "Per NPR all students are going to Cal State San Bernardino, all parents are being asked to show up at Cajon high school with picture ID."

Twitter account @UrgentNews5 tweeted, "BREAKING: San Bernardino police chief: 2 adults dead in elementary school classroom after shooting; 2 students hospitalized," with a photo of individuals on the scene, including a woman being interviewed who looked understandably upset.

And NBC News tweeted out a photo (which later went viral) of a line of kids holding hands and being led away from the scene, along with the words, "LATEST: 2 adults killed and 2 students injured after apparent murder-suicide at San Bernardino elementary school"

Sports anchor Liz Habib tweeted, "BREAKING NEWS: Fear on the faces of the parents of students at scene of school shooting in San Bernardino," along with a photo of parents on the scene.

Even talk show host Ellen DeGeneres sent a tweet in solidarity, posting, "If you live in CA then you know what’s happening… sending love to the community of #SanBernardino."

News of school shootings can be traumatic for children learning about the attacks. The National Institute of Mental Health offers tips for how parents can help kids and adolescents deal with this sort of violence or disasters — you can find it here.