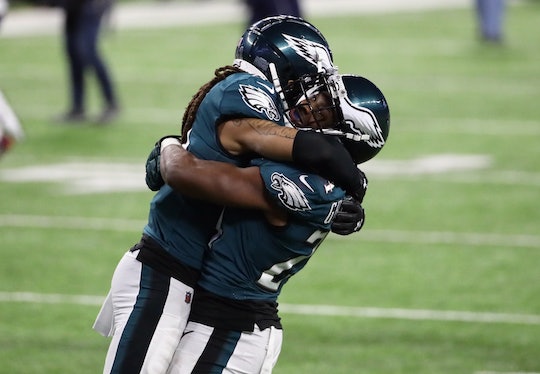 I'm pleased to say that after watching the Super Bowl for the second time ever this year, I have learned something: all Americans who live outside of Massachusetts kind of hate the Patriots. These tweets and memes about the Patriots' loss prove that while not everyone is a fan of the Eagles, pretty much everyone is an anti-fan of the Patriots.

The Philadelphia Eagles came into this game as the clear underdogs. Philadelphia has never actually won a Super Bowl before. The New England Patriots, on the other hand, win all the dang time. They have won a record-breaking five Super Bowls, and their star quarterback Tom Brady was a part of the team for all of those wins. Not so anymore, Patriots. Brady and the team were defeated in a heart-pounding game (even I was excited) and the country went absolutely nuts. Seriously, I had no idea that dislike of the Patriots ran this deep. It seemed like Twitter was excited that the Eagles won, but they were over the moon that the Patriots finally lost. Seriously, it was time that somebody defeated these guys, and even better that it was an underdog. Even if you weren't really a fan of Philadelphia, chances were you wanted them to win.

Take me, for example. I had absolutely nothing riding on this game. I don't generally care about football, I know almost nothing about the sport, and the last time I was in Philadelphia was on a road trip with my parents in 1997. But even I wanted to see the Patriots lose.

At the beginning of the game, announcers said that at this point, Brady was so used to going to the Super Bowl that he wasn't even excited about it anymore. A guy who's that confident going into the Super Bowl needs to be knocked down a peg, don't you think? Perhaps that's why so much of the ire on Twitter was directed personally at Brady.

A contributing factor to the general dislike for the Patriots could be the team's affiliation with Donald Trump, and particularly Brady's association and friendship with the unpopular president. Brady has voiced his support for Trump, even going so far as to display a Make America Great Again hat in his locker. In 2015 he said that he supported Trump because he'd put a putting green in the White House, according to People. More recently, Brady has tried to distance himself from Trump, and has avoided making any political comments.

But aside from Trump's association with Brady specifically, he also has ties to the Patriots through his friendship with Robert Kraft, owner of the Patriots. Trump has a Super Bowl ring from the Patriot's 2017 win over the Falcons. All this, of course, came before Trump's personal war with the NFL after players began taking a knee during the national anthem to protest police brutality and systemic racism. For what it's worth, Kraft and Brady both disavowed Trump's statements about the NFL.

That being said, regardless of the reason for fans' distaste for the New England Patriots, whether its because they seem to always win, or because of Brady's questionable political affiliations, nearly everybody was absolutely thrilled to see them lose for once. It's just not fun to see one team win year after year after year. I, personally, am glad that the Eagles finally got their win after all those years of not winning at all. Now I just hope they don't get too rowdy with the celebrations. Everyone seems to think there will be fires.