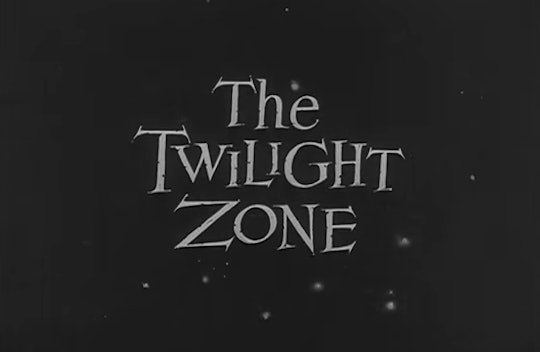 'Twilight Zone' Reboot Will Be Interactive & Will Probably Blow Your Mind

Just when you thought there were too many choices when it came to television, CBS announced this week that a Twilight Zone reboot is coming and it's going to be interactive. Yes, you read correctly. As a viewer, you'll be able to direct the plot from your couch. Finally, a defendable use for that uber-expensive smart television you bought last year, right?

The reboot is said to be a very cool experience, even if you've never binged on old-school Twilight Zone episodes. According to The Wrap, the new project will allow viewers to "step in and become a part of the story.”

How are they going to serve that experience up to viewers? That's still not completely laid out, but CBS and Interlude say that fans will be able to click around and become part of the episode. If you scare yourself, there will be an option to step back and start over, too. While details about how many paths viewers will be able to choose to get a different experience each time and how the network will enable them to do it are still unclear, it's going to be pretty amazing all around. The fact that it's 2016 and viewers can change the plot of a Twilight Zone episode is so very, well, Twilight Zone-esque, right?

Gamers will be happy to know that Ken Levine, the creator of BioShock is slated to write and direct the pilot episode of the reboot. Levine recently told Wired that this is the perfect melding of two genres. "When you watch something, you’re sitting back in the chair," he said. "When you’re gaming, you’re leaning forward in the chair. This is an interesting place in between."

The director and Interlude are still working out the kinks as to how to make it happen, he told Wired. "We’ve done a rough outline of what we want to do and now we’re stepping into the writing process," he explained. They're still "figuring out how to leverage the interactive element to make a narrative tale feel more personal for the viewer, and make them more engaged."

It's a good forum to test the waters of what kind of end product really good video technology mixed with gaming philosophy can come up with using an old television classic as their starting point. It might be a while, though, until there's a finished product. At the very least, Levine isn't giving away any hints about what to expect. He told Wired in the same interview, "How I’m going to do that is—that will be what this thing’s about. Telling you how I’m going to do it would kind of spoil it.”