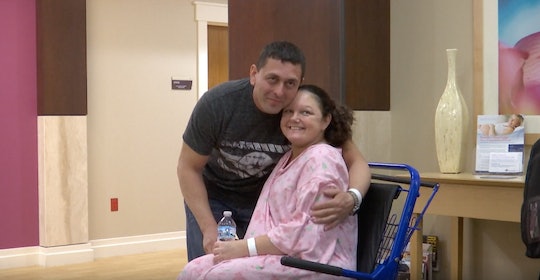 This Mom Gave Birth To Twins In Different Decades

The classic dynamic of which twin is "older" will run a bit deeper for one set of Indiana twins born in different decades. That's right, with this year's progression into a new decade, New Year's twins Joslyn and Jaxon were born on two separate days, in two separate years, as a part of two separate decades. Now a few days into 2020, the twins are doing well and bonding with mom and dad.

The fascinating birth story began when mom Dawn Gilliam was admitted into Ascension St. Vincent Carmel hospital on New Year’s Eve following concerns over lack of fetal movement, according to People. Gilliam wasn't due until Feb. 19, but complications led to an early delivery, CBS News affiliate 10 TV reported. The first of the twins, Josyln, was born at 11:37 p.m. on New Year’s Eve, weighing 4 lbs. 11 oz, local news outlet WBNS reported. She was the last baby delivered at the hospital in 2019. Her brother, Jaxon, was born 30 minutes later at 12:07 a.m., weighing 4 lbs. 7 oz., making him the first baby to be delivered in the New Year.

The order of appearances, at least, wasn't much of a surprise for the family. “We’ve known for a while that [Joslyn] was going to be born first,” Gilliam told WBNS. “She’s been in position for most of the pregnancy. Of course, he was breech. So, it took a while for him to come.” The timing was a whole different story.

The twins’ father, Jason Tello, told WSAV that he was "still kind of overwhelmed" by it all. “Earlier, we talked about it would be great to have them born on different dates. But here we are with this surprise — different dates, different years,” he said, according to WSAV. “That was definitely interesting for us for sure. We’re still kind of speechless still.”

In the week following their birth, the twins have bonded with their parents in uniquely special ways. “She won’t hold my finger, but she will grip onto Jason’s,” Gilliam told TODAY Parents. “The other day, when I was holding her, she opened her eyes, squinted really hard and then shut them. I gave her back to Jason and she was happy again.”

A new decade is quite the welcome for a pair of twins and it sounds like Joslyn and Jaxon are off to a great start. Decades might divide them, but there is a lot to tie them together.